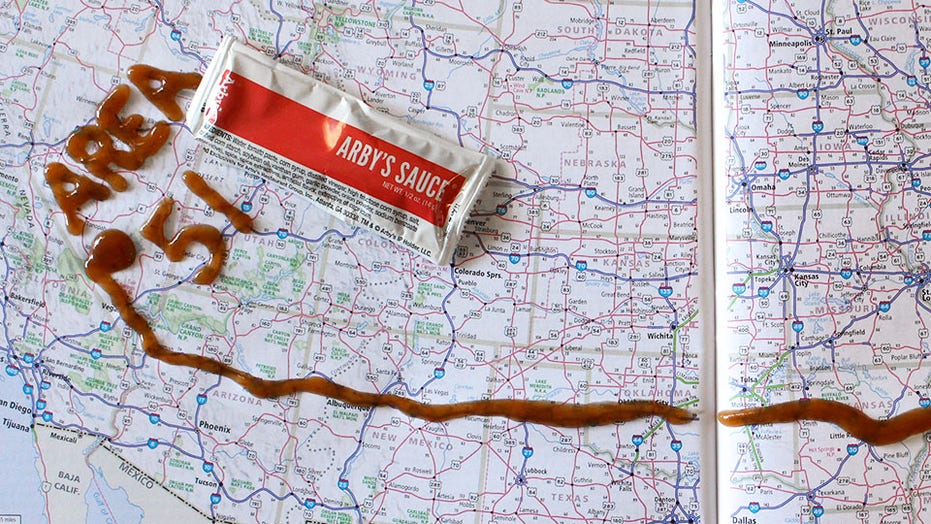 There may or may not be aliens at Area 51, but thanks to Arby’s, there will be meat.

The fast-food chain tweeted out a message stating they will be present at the “Storm Area 51” raid. Nearly 2 million people have responded to the viral Facebook event, which may or may not result in a large group of alien seekers storming Area 51 in search of alien life.

In their announcement tweet, Arby’s posted a video that shows someone using a sauce packet to trace out a path along a map of the United States. Starting in Atlanta, the sauce packet ends its journey at the mysterious base in Nevada. The footage concludes with the sauce writing out the name “Area 51.”

In a press release, a spokesperson for Arby’s confirmed that their food truck will be present. They will be offering a “top-secret menu.”

The Arby's food truck will be present at the viral event, offering fans a "top secret menu." (Arby's)

Jim Taylor, Chief Marketing Officer of Arby’s, said, “We can’t confirm if there are aliens at Area 51. But, if they do show up, they deserve the best meats on Earth. If not, Arby’s will still be serving the planet’s best meats to everyone else attending this historic event.”

Arby’s won’t be the only refreshment option for those attending.

Bud Light also jumped in on the viral raid. First, by distancing itself, saying, "We'd like to be the first brand to formally announce that we will not be sponsoring the Area 51 raid."

Later, Bud Light changed its tune with a supportive, extraterrestrial promise: If there are any aliens in Area 51, and any of them actually manage to escape during the raid, their reward will be a nice, cold Bud Light.

Aliens or not, it sounds like people are going to be having a good time at Area 51. Unless they actually try to storm the base, at which point, they’ll likely be arrested.