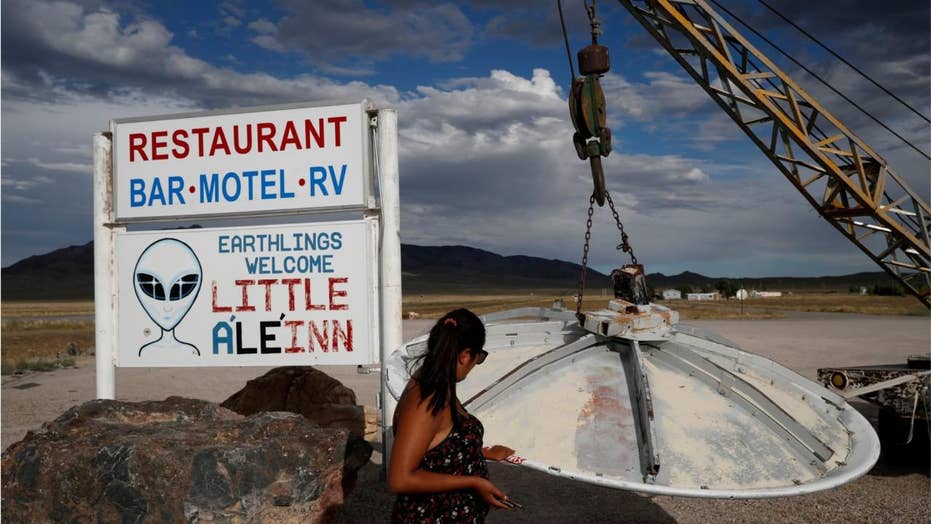 'Storm Area 51' event is coming and the closest hotel the Little A'Le'Inn is already fully booked.

Come for the aliens — stay for the A’Le’Inn.

The Little A’Le’Inn in tiny Rachel, Nev., is bracing for impact as the "Storm Area 51" movement grows in size.

The small inn, originally opened by Connie's parents in August 1988, has been caught up in the viral “Storm Area 51” campaign, which started as a Facebook event calling for curious Americans to come together and storm the facility and finally “see them aliens.”

Connie West has been working at the Little A’Le’Inn since her parents opened it, and became fully in charge of the establishment starting Jan. 3, 2000. (Photo by David Becker/Getty Images)

Connie, who now runs the Little A’Le’Inn with her mother, Pat, in the town of only 54 permanent residents, said that although they’ve seen popular weekends, nothing can compare to this recent wave of interest.

ARBY'S PROMISES TO 'BRING THE MEAT' TO AREA 51: 'ALIENS DESERVE THE BEST MEAT ON EARTH'

“Weekends book up sporadically. Skywatchers, conventions, groups who want to bring their families out here,” she said. “If it was hunting season or a UFO conference, then all the rooms booked up.

"I’ve stopped counting after 1,800 missed phone calls in only a three-day period."

At 45 miles outside of Area 51, Connie says the quirky inn is the closest business (open to the public) to the government facility, which some believe to contain evidence of UFOs and extraterrestrial life.

“We are literally busier than ever right now,” she added.

“Someone shared it with me [on Facebook] and I think I responded, ‘Haha, good luck,’ or something like that. And then just kind of put it out of my brain,” she said. “Of course everyone was sharing it and then literally, July 11, my mom was leaving [Rachel] to travel to San Francisco to get on her Alaskan Cruise, and before she got out of cell service, our phone started ringing at around 8:30 in the morning and never stopped.”

At 45 miles outside of Area 51, Connie says the quirky inn is the closest business (open to the public) to the government facility, which some believe to contain evidence of UFOs and extraterrestrial life. (Getty Images)

When asked how many people have tried to score a coveted spot at the small motel, she said she couldn’t keep track.

“I’ve stopped counting after 1,800 missed phone calls in only a three-day period,” she said.

The modest inn, which has 10 rooms, eight RV spots and various dry-camping plots, is entirely booked up for the Sept. 20 event.

“We’re totally booked September 19 and 20. And almost completely booked 18 and 21,” she said. “Everything. All booked. The phone has not stopped ringing.”

"But there’s nothing I can do. People are coming and we’re going to embrace it."

Connie has been working at the inn since the day it opened, and she's been fully in charge of the establishment since Jan. 3, 2000.

And though the viral event became large enough to prompt a response from the government, warning civilians not to attempt storming the facility, Connie and her mother could not be more excited.

“Is it stressful? Yeah. Is it more publicity than ever before? Absolutely,” she said. “We are absolutely embracing it. We’re embracing it to stay in business. Got to capitalize on it.”

“Of course I’m still terrified,” she added. “But there’s nothing I can do. People are coming and we’re going to embrace it.” 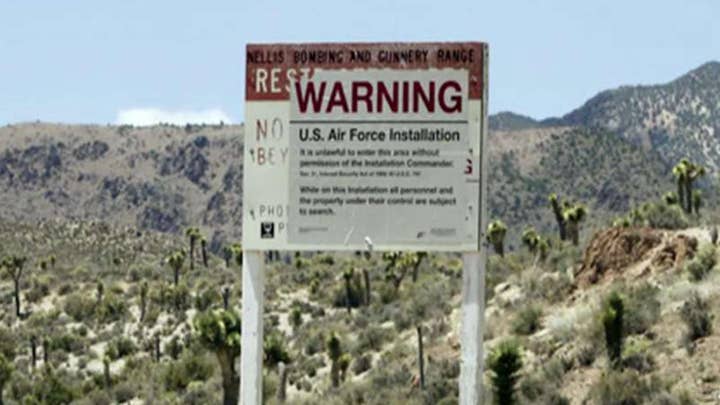 And she hopes those who do come enjoy themselves.

“I think it’s going to be a really incredible weekend. I truly do,” she said.