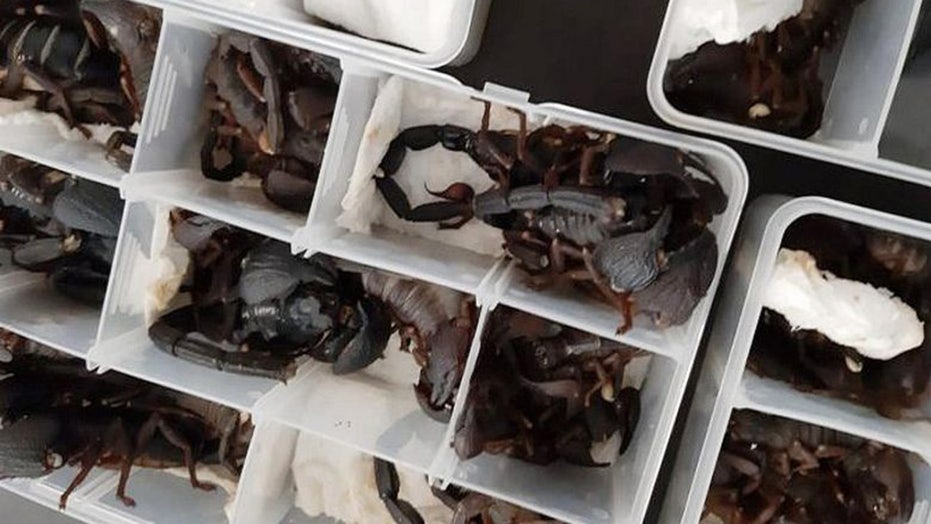 The sequel to “Snakes on a Plane” is writing itself over in Sri Lanka.

The traveler was later fined 100,000 rupees, or around $550, before continuing on his flight back to China, the Straits Times reported.

Sri Lankan officials say the scorpions were discovered during a security screening, contained within plastic bins inside the passenger’s carry-on baggage.

"We detained the passenger and launched an investigation," said Sunil Jayaratne, a spokesperson for Sri Lanka Customs. "We have not placed a value on the 200 scorpions, but trafficking in live wildlife has become a lucrative trade."

Officials say the passenger was likely planning to extract the scorpions’ venom once back in China, the Straits Times reported. Most of the country’s venomous species of scorpion are not deadly; officials did not identify which species was found in the traveler’s luggage.

Scorpions, however, may not be the strangest smuggling attempt ever reported at the Bandaranaike International Airport. In September 2017, a 45-year-old man attempted to smuggle 2 pounds of gold — with an estimated value of $30,000 — in his rectum.

The man, who likely intended to sell the gold for profit in India, was made to pay a $1,500 fine before being released.

A representative for Sri Lanka’s Customs Department was not immediately available to comment.