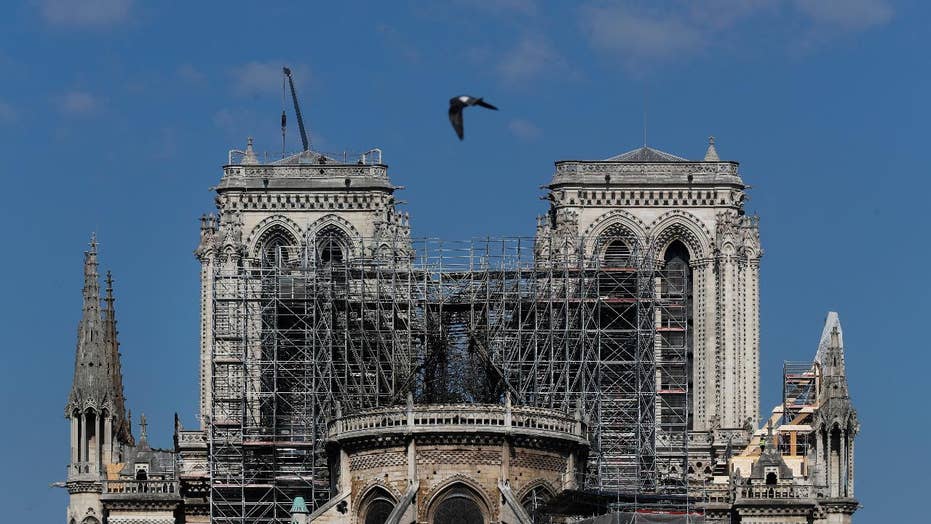 Twenty years from now, people will remember exactly where they were and what they were doing when they heard Notre Dame was burning. The idea of losing one of the world’s most famous landmarks brought many to tears. Fortunately, most of the cathedral still stands. But after such a close scare and collective mourning, it’s hard not to wonder which other iconic landmarks and even destinations are in danger of disappearing completely. Whether the threat comes from Mother Nature or mankind, it’s never been more real.

Here are nine places to see before they are gone.

The Galapagos Islands are significant because they’re the birthplace of the theory of evolution. They’re home to some of the most fascinating endangered plants and animals on earth. Unfortunately, with the often un-regulated rise in land-based tourism, the islands’ most fragile residents are at risk. More tourists mean more hotels, restaurants and traffic as the islands’ human population explodes. From 1999 to 2005, the population – which is limited to living on just 3 percent of the islands’ land mass – grew by 60 percent. By 2021, the Galapagos Conservancy expects around 75 percent of tourists to be land-based.

Your best bet: Consider taking a small ship cruise. Galapagos National Park highly regulates how many boats and what size boats are allowed to visit the park.

In 2014, a fire broke out in the church just two days after the Pope’s visit. (iStock)

Since 2012, this holy place in Bethlehem, synonymous with the birthplace of Jesus, has been on UNESCO’s list of World Heritage sites in danger. Built around 600 A.D., it’s thought to be the oldest Christian church still in continuous use. However, in 2009, the Smithsonian reported that its roof is rotting, and its paintings and mosaics are subject to water damage. In 2014, a fire broke out in the church just two days after the Pope’s visit. Even more alarming is the fact that the three churches – Armenian, Greek Orthodox and Roman Catholic – in charge of taking care of it are often at conflict with each other.

Your best bet: Take a guided Bethlehem day tour from either Jerusalem or Tel Aviv. A half-day tour with Abraham Tours is only about $50.

It’s not just the Great Barrier Reef. The Dead Sea is also dying at an alarming rate. In 1950 it was 50 miles long. Today, it’s 31 miles long. The receding shoreline is the result of Israel, Jordan and Syria diverting water away from the Jordan River – the Dead Sea’s primary source of water. According to The Times of Israel, the water level is dropping more than three feet per year. With that comes a major problem: sinkholes. In 1990 there were just over 100. Today there are more than 6,000 according to the Geological Survey of Israel.

Your best bet: Since the Dead Sea region is uncomfortably hot during the summer, visit in the spring. If the timing is right, your trip will coincide with the Gran Fondo Arava – an inspiring cycling event in the lowest place on earth.

September to November is the least crowded and most pleasant time to visit. And unless you can afford a helicopter, bring Dramamine because you’ll have to arrive by boat. (iStock)

This island in Indonesia is famous for its giant deer-eating dragons. Unfortunately, these lizards, Komodo dragons – which can grow to be up to 9-feet-long and weigh 200 pounds – are a hot item on the black market. One reason they sell for tens of thousands of dollars is because their blood might save human lives. After busting a Komodo dragon smuggling ring this spring, the government has announced it will close the island – possibly for up to a year – starting in January 2020.

Your best bet: According to The Jakarta Post, September to November is the least crowded and most pleasant time to visit. And unless you can afford a helicopter, bring Dramamine because you’ll have to arrive by boat.

While engineers recently saved Egypt’s oldest pyramid, it’s hard not to worry about the Great Sphinx of Giza. Once buried in sand up to its shoulders, the 4,500-year-old lion-human hybrid made the news in 2007 when authorities alleged the water table under it was compromised by sewage from a nearby canal. Of course, even before that in 1988, the New York Times reported on it “crumbling” when a 700-pound chunk of the Great Sphinx nearly fell on a German reporter. While the Egyptian government is working to preserve one of its most precious monuments, it’s important to note the region’s history with political unrest.

Your best bet: For a particularly memorable visit and colorful photos, see the Sphinx and the pyramids at night during the sound and light show. If you don’t want to pay for tickets, stay in a hotel with a view of Giza.

In 2018, an article in The Economist describes the color of the once pearly-white building has now shades of yellow, brownish-black and green. India’s pollution problem is to blame. With India being the fastest growing country in the world, it’s probably just going to get worse. (iStock)

The Taj Mahal was voted to be one of just seven places on the list of the modern wonders of the world. It’s India’s most famous sight and attracts 70,000 visitors a day. Unfortunately, the BBC recently reported that a “combination of neglect and pollution is threatening its existence.” In 2018, an article in The Economist describes the color of the once pearly-white building has now shades of yellow, brownish-black and green. India’s pollution problem is to blame. With India being the fastest growing country in the world, it’s probably just going to get worse.

Your best bet: Fly into Agra or take the train. Once in Agra, plan on taking a battery-operated bus, horse-drawn carriage or human-powered rickshaw. Only “pollution-free vehicles” are allowed within the palace’s vicinity.

The Easter Island mystery may be solved, but that doesn’t mean it’s safe. “There are sites that are being damaged and are falling into the sea as we speak,” said the archeologist interviewed in a 2018 CBC story titled, “Easter Island's iconic statues could disappear because of climate change.” Because most of the 800-year-old statues are located close to the coast, they’re being worn down and even taken out to sea by waves. When the New York Times reported on the erosion in 2018, it called the island “critically vulnerable.”

Your best bet: Plan on at least two days of traveling since Easter Island (or Rapi Nui as it’s called by everyone except tourists) is almost a 6-hour flight from Chile. Visit in February, if you don’t mind crowds, to see the island come alive during the Tapati Festival.

In 2012, 75 percent of Liberty Island was affected by flooding from Hurricane Sandy. In its 2016 report, UNESCO – who referred to the Statue of Liberty as one of the world’s most potent symbols of freedom – reported that the damage totaled $77 million. (iStock)

In 2012, 75 percent of Liberty Island was affected by flooding from Hurricane Sandy. In its 2016 report, UNESCO – who referred to the Statue of Liberty as one of the world’s most potent symbols of freedom – reported that the damage totaled $77 million. While Hurricane Sandy was an extreme storm, even smaller storms have the potential to be just as devastating. That’s because sea levels continue to rise at an increasing rate. On average, the ocean is 5-8 inches higher today than it was in 1900.

Your best bet: Buy your tickets online so you can avoid the often hours’-long lines. Try to visit on a weekday and plan on going through the same security measures you’d go through at the airport.

Venice isn’t the only Italian city in trouble. “Rome wasn’t built in a day but these days it feels as if it may collapse in one” reads a headline in The Guardian last year. The author, Tobias Jones, describes living in a city where sinkholes swallow cars, flooding shuts down the subway and torrential rains postpone national soccer games. The nearly 2,000-year-old Colosseum – which is no stranger to terrorist threats or vandalism– is particularly vulnerable, especially when it comes to earthquakes. After a devastating 6.5-magnitude earthquake in 2016, a headline in The Telegraph read, “Italy fears for Colosseum as ‘cracks get bigger’ after each earthquake.”

Your best bet: If you have $118 and want to skip the lines, take a guided underground tour. This will give you access to exclusive places like the arena floor and tier 2.