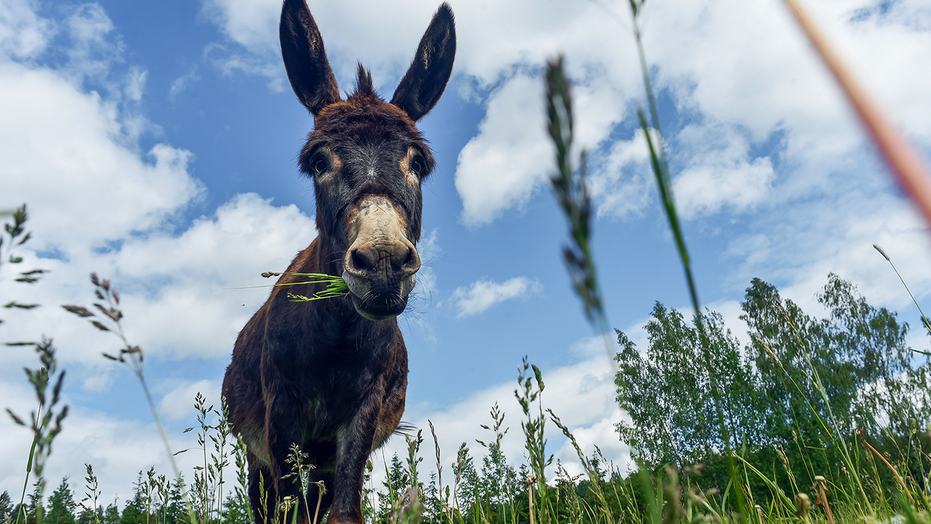 Maybe he was seeing off a friend?

Officials within Israel's Airport Authority – and the country's Ministry of Agriculture – are reportedly stumped by a mule who wandered into Terminal 1 of Tel Aviv's Ben-Gurion Airport sometime between Tuesday night and Wednesday morning.

Footage of the four-legged intruder, who is estimated to be 4 or 5 years old, shows the mule making its way across the departures area of Terminal 1 as travelers and staff look on. A woman can be heard giggling hysterically as the mule is guided through the airport by employees.

The workers reportedly gave the animal food and water before alerting officials within the Ministry of Agriculture, who came to retrieve the mule, the Jewish Telegraphic Agency (JTA) reported.

Ministry officials could not locate any identifying tags or chips that would indicate who owned the animal. As of Wednesday, "it is not known where the mule came from or how it got to the airport,” according to the JTA.

The animal was reported to be in good health, the Times of Israel added.

The mule is currently being held by the Ministry of Agriculture, which plans to put the animal up for adoption.