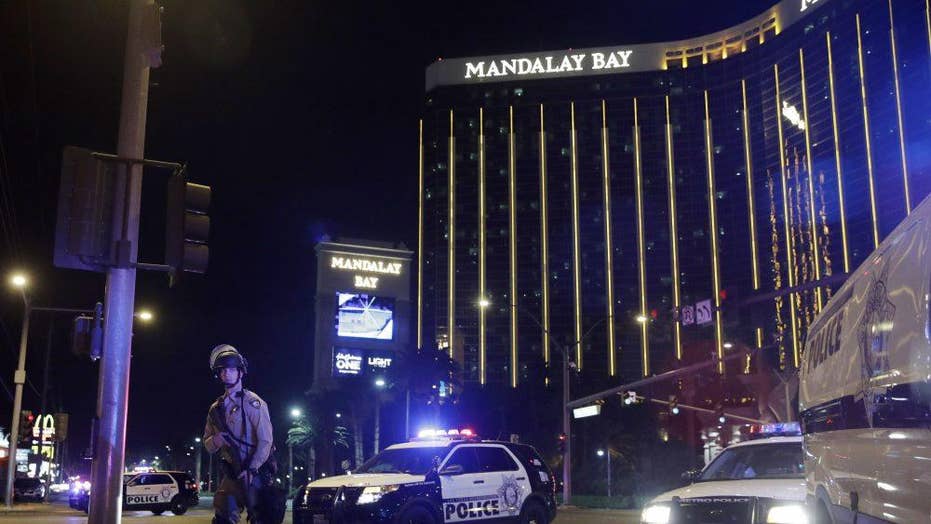 Newly released video and audio capture the panic and fear of the concertgoers who found themselves under fire from gunman Stephen Paddock; chief correspondent Jonathan Hunt reports from Los Angeles.

Ahead of the two-year anniversary of the tragic Las Vegas mass shooting on Oct. 1, officials with MGM Resorts have announced that the Las Vegas Village will be turned into a community and athletic center, featuring a memorial honoring the 58 victims.

The hospitality group revealed the plans on Tuesday, but did not release a timeline for the new construction at the now-shuttered festival grounds.

"We know that for many, the Village property will forever be linked to the tragic loss of life that took place there on October 1st," MGM said in a statement shared with KSNV. "We will never forget the victims, and all of those impacted by that evening. As the second anniversary nears, we remain committed to being part of the community effort to continue healing and moving forward."

In this file photo, the Mandalay Bay hotel and casino reflects the last sunlight of the day along the Las Vegas Strip in Nevada. (AP)

MGM said they intend to build a community and athletic center they hope will be used for indoor children’s soccer and high school basketball tournaments, and as a practice space for WNBA team the Las Vegas Aces.

“It was important to us that the long-term use of the property include the community in some way," MGM officials said of the space.

At present, the Las Vegas Village will be used as a parking area for Allegiant Stadium, KSNV reports. The $1.9 billion stadium is under construction for the NFL’s Oakland Raiders, as the team relocates to Sin City next year.

MGM Resorts owns the site of Route 91 festival grounds and the Mandalay Bay Resort and Casino, where a gunman in a high-rise suite opened fire on the crowd of 22,000 on Oct. 1, 2017.

58 people were killed and hundreds more were injured in the deadliest shooting in modern U.S. history.

In January, the FBI revealed that they had not concluded anything more about Stephen Paddock's mysterious motive for the attack than it had the day of the shooting.

Most of what the bureau concluded has long been known. Paddock acted alone when he planned and carried out the attack, Aaron Rouse, the special agent in charge of the FBI’s Las Vegas office, said. The 64-year-old fatally shot himself as police arrived into his hotel suite.