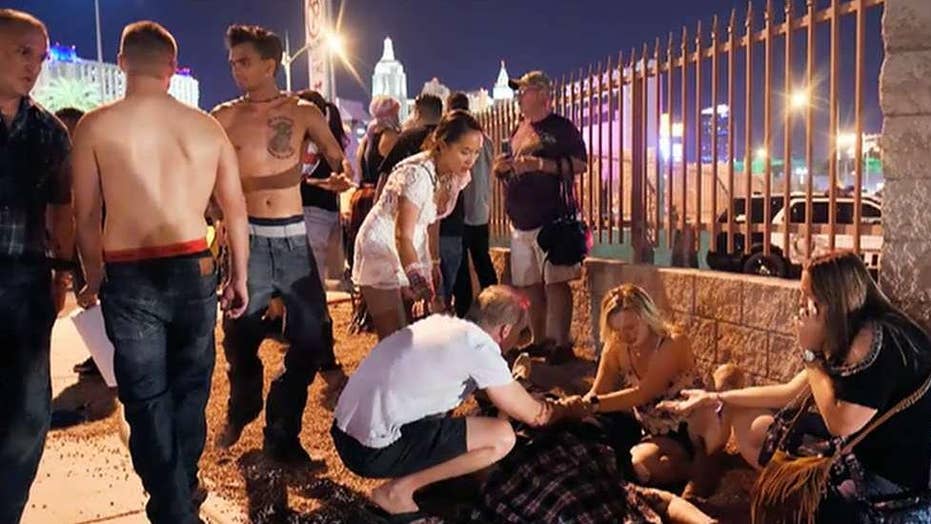 More than a year after the bureau began digging into the slaughter of 58 people -- and the wounding of scores of others -- at a Las Vegas country concert, the FBI said Tuesday it hadn't concluded anything more about Stephen Paddock's mysterious motive for the attack than it had the day after the shooting stopped.

The FBI's conclusions on the mass murder, which Paddock undertook from a sniper's perch in the Mandalay Resort and Casino in October 2017, were unveiled Tuesday by the Associated Press. The attack at the Route 91 Harvest Festival was the deadliest mass shooting in modern U.S. history.

Most of what the FBI concluded has long been known. Paddock acted alone when he planned and carried out the attack, Aaron Rouse, the special agent in charge of the FBI’s Las Vegas office, said. The 64-year-old fatally shot himself as police arrived into his hotel suite.

It is still unknown what caused Stephen Paddock to carry out the Las Vegas shooting.

But the reason for Paddock’s rampage? The FBI says nearly 16 months of study and analysis by agents and behavior specialists couldn't uncover it.

“It wasn't about MGM, Mandalay Bay or a specific casino or venue,” Rouse said. “It was all about doing the maximum amount of damage and him obtaining some form of infamy.”

Las Vegas police closed their investigation in August, also without establishing a motive.

Paddock was a retired postal service worker, accountant and real estate investor who owned rental properties and homes in Reno and in a retirement community more than hour’s drive from Las Vegas. He also held a pilot’s license and liked to gamble tens of thousands of dollars at a time.

Gunman Stephen Paddock fired at a Las Vegas concert from the 32nd floor of the Mandalay Bay Hotel and Casino on Oct. 1, 2017, killing 58 people. (Getty Images)

Authorities said he began to stockpile weapons about a year before the attack and spent $1.5 million in the two years before the shooting. He also started to distance himself from his girlfriend and family.

Paddock sent his girlfriend, Marilou Danley, to visit her family in the Philippines two weeks before the attack took place. He also wired her $150,000 while she was there. She returned to the U.S. after the shooting and told authorities he had complained that he was sick and doctors told him he was suffering from an incurable “chemical imbalance.”

In this Oct. 3, 2017, file photo, personal belongings and debris litters the Route 91 Harvest festival grounds across the street from the Mandalay Bay resort and casino in Las Vegas. (AP)

In the days before Paddock fired more than 1,000 rounds with assault-style rifles in 11 minutes into the country music festival, video footage showed him wheeling bag after bag into his hotel suite while unconcerned security guards helped him. More than 30 clips showed Paddock interacting with Mandalay Bay staff, playing the casino’s gaming machines and transporting the bags.

The terror group ISIS initially took credit for the attack, but authorities said the militants were being more opportunistic than honest in making the claim.