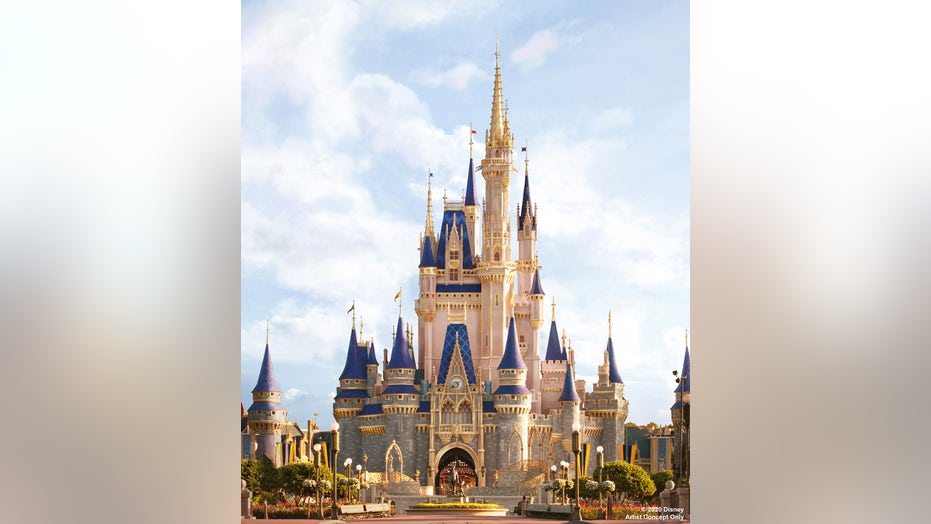 Just like Cinderella herself, Cinderella Castle at Disney World has been deemed just drab enough for a complete makeover.

Announced on Monday via the Disney Parks blog, news of the transformation comes 70 years to the week that the iconic animated film was released.

“One of my favorite parts about my job is leading such passionate cast members … and just this morning, we had the opportunity to exclusively share with them the news that our park’s iconic, awe-inspiring centerpiece — Cinderella Castle — is about to get even more magical,” wrote Jason Kirk, the vice president of Magic Kingdom Park.

Conceptual images of the design show more vibrant colors and additional gold trim on the outside of the castle. (Walt Disney World)

Conceptual designs of Disney’s “bold, shimmering and royal makeover” appear to show more vibrant blues on the roofs and spires. There also appear to be more gold accents around the turrets, windows and trim, as compared with the current castle.

A representative for Disney World was not immediately able to confirm the full extent of the “makeover.”

Work is slated to begin in “the coming weeks,” according to the Disney Parks blog, and is expected to wrap up by the end of summer 2020.

Cinderella Castle first welcomed guests in 1971, upon the grand opening of Walt Disney World in Orlando.