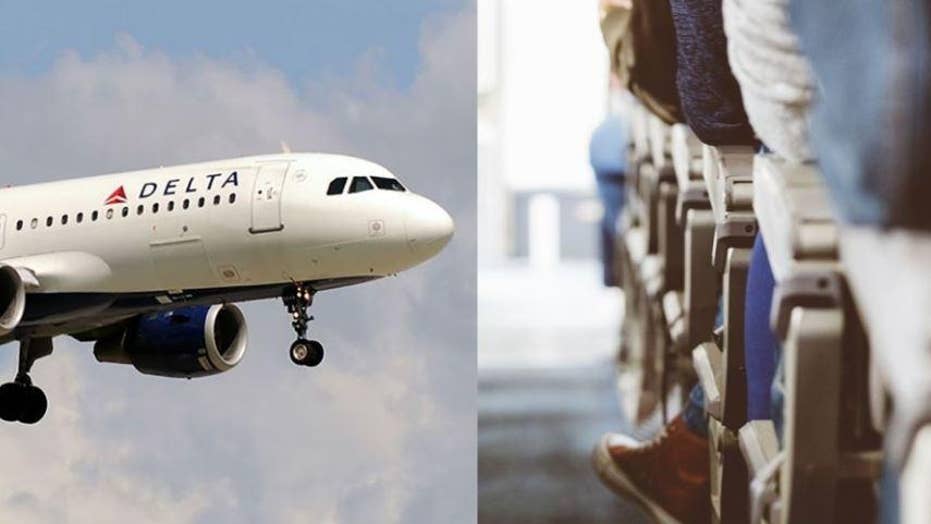 Caught on camera: Scary moments on a Delta flight connection when a vape pen starts fire on Delta flight in overhead bin.

There is no smoking aboard the aircraft, people.

Passengers aboard a SkyWest flight 3879 out of New York’s LaGuardia Airport were forced to deplane before takeoff on Wednesday, after a carry-on luggage smoking in the overhead bin, reportedly due to an e-cigarette device overheating and igniting inside the bag.

Flight attendants on the aircraft, which was operating as a Delta Connection flight to Houston, quickly worked to extinguish the flames, according to footage shared by passenger Rex Sakamoto.

Sakamoto also tweeted out footage taken by another passenger, showing what appeared to be the flaming bag in an overhead bin.

Delta confirmed to Fox News that passengers were placed on a different aircraft and continued on to Houston.

“While boarding SkyWest flight 3879, operating as Delta Connection from LaGuardia to Houston, smoke appeared from a passenger’s bag in an overhead bin, caused by an overheated battery pack inside the bag,” the airline confirmed in a statement. “Passengers deplaned routinely through the main cabin door and continued on to Houston on a different aircraft.”

SkyWest’s policy on e-cigarettes, like Delta’s, stipulates that devices are allowed on the aircraft inside carry-on luggage only, although “recharging of the devices and/or the batteries on board the aircraft is not permitted.”

The airlines also suggest traveling with the devices in a “Designated carry case to prevent damage and/or unintentional activation.”