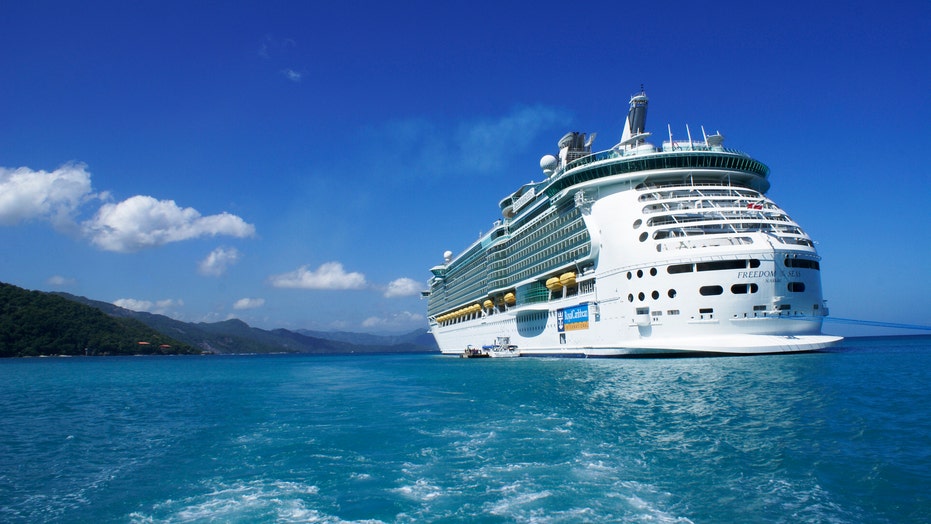 A group of cruise passengers on an off-boat excursion in St. Marteen narrowly avoided the unthinkable after their van accidentally ended up upside-down in the ocean on Saturday.

Footage taken at the scene of the accident appears to show the van partially submerged in the bay, its front end underwater and the back of the vehicle still just above the surface.

A number of passengers were also seen being attended to by medical personnel.

CRUISE WORKER DIVES IN AFTER OVERBOARD GUEST, RESCUES HER WITHIN MINUTES

“Some tourists went clean overboard,” the woman filming the video can be heard saying. “Nobody hurt though. Nobody died.”

A representative for Royal Caribbean has since confirmed the passengers were on an independent shore excursion from the Freedom of the Seas when the accident occurred.

“On Saturday, a van transporting 12 guests from Puerto Rico while on an independent shore excursion in St. Maarten was involved in an accident,” the cruise line wrote in a statement obtained by Fox News.

“One guest sustained non-life-threatening injuries. The remaining guests returned to the ship.”

Reports from social media users further indicate that locals, including teenagers, rushed to help after the van went into the bay.

“Heroes of the day!” one Facebook user wrote alongside a photo of three boys standing near the site of the accident.

The Freedom of the Seas, which left from San Juan, Puerto Rico, on June 16, returned to San Juan on June 23 after leaving the Port of St. Maarten in Phillipsburg, per Cruise Law News. A representative for Royal Caribbean tells Fox News there were no delays, and the cruise is back on its scheduled itinerary.