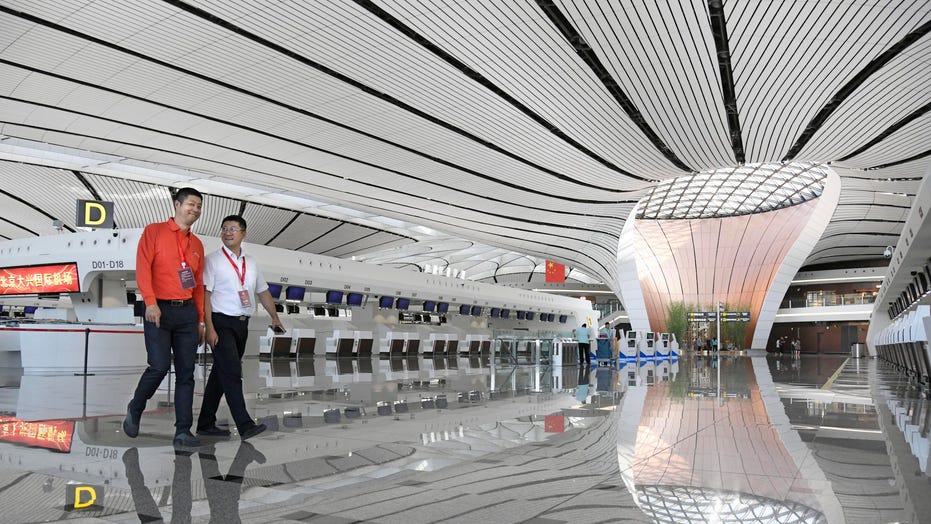 Chinese President Xi Jinping on Wednesday inaugurated a second international airport for the Chinese capital with the world's biggest terminal ahead of celebrations of the Communist Party's 70th anniversary in power.

Beijing Daxing International Airport is designed to handle 72 million passengers a year. Located on the capital's south side, it was built in less than five years at a cost of $17 billion

The terminal is being billed as the largest in the world, measuring an estimated 11 million square feet. (Naohiko Hatta/Kyodo News via AP)

The main Beijing airport, located in the city's northeast, is the world's second-busiest after Hartsfield-Jackson Atlanta International Airport and is nearing capacity.

Despite that, its builders say travelers will need to walk no more than 2,000 feet to reach any boarding gate.

The massive airport cost an estimated $17 billion and was built in less than five years. (AP Photo/Mark Schiefelbein)

The vast, star-shaped airport is about 30 miles south of downtown Beijing. It has four runways, with plans for as many as three more.

The capital has a third airport, Nanyuan, for domestic flights, but the government says that will close once Daxing is in operation.