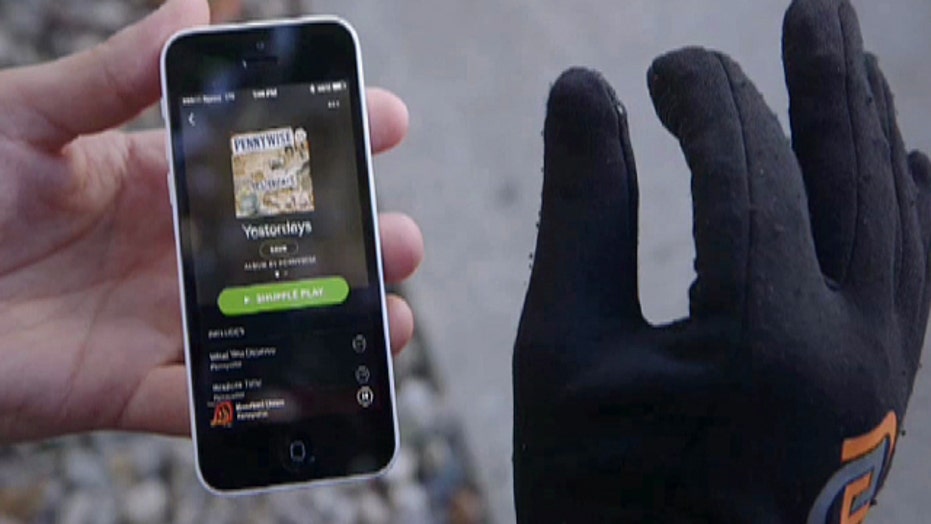 A group of Boston techies is taking smartphone gloves to a new level by turning them into a  remote control for your phone.

They’re calling the technology the GoGlove. It’s is a way to control your smartphone with the tap of a finger.

Ben Harris, co-founder of Easier to Use, which developed the GoGlove, said the idea came to him while he was out on the slopes with some friends. The time it took to take his phone out of his pocket, take off his gloves, change the song or adjust the volume, and then put everything back, put him way behind the rest of the group, who he said were already to the bottom of the hill. Harris knew he wanted to come up with an easier way to use his phone without needing to touch the screen.

"We're finding people love being able to control their phone remotely. They’re leaving their phone in their pocket or purse and are really able to have the same control of their phone as if it were in their hand,” he said.

The GoGlove is designed to allow people running, biking, walking or hitting the slopes to use their music, camera, GoPro, or listen to texts by tapping their fingers rather than taking the phone out and manually using it.

“Whatever your phone can do, you can control with GoGlove,” said Harris.

A Bluetooth module in the glove is connected to sensors in the fingertips, according to GoGlove Designer Eric Ely. Each sensor controls different functions on the phone when it’s tapped.

"It’s all based on the magnet in your thumb and the sensor on your finger tip," he said. "You just tap the magnet to the individual finger… as well as one at the base of your index finger."

Ely said that GoGlove’s main purpose is to give users more control over their devices. By connecting the gloves to the GoGlove app, the user can set the function that each finger controls.

“It's a great concept when you’re flying down the mountain and a good song comes on and you kind of get in that moment and that makes everything better," he explained. "Really we are just trying to make that experience easier to control.”

The gloves are meant to be lightweight so they can fit inside thicker gloves in the winter. Harris said that, in testing, bigger gloves haven’t interfered with the magnets. Ely said that the GoGlove was also designed to be easily hand washed and with an active user in mind. He said the material is resistant to sweat and light moisture.

Harris added that the GoGlove’s Bluetooth module can be removed from the glove and used in warmer weather. The module can be clipped onto a shirt or bike and can still control the smartphone.

GoGlove is on Kickstarter where Harris and his team are trying to get funding to take the gloves into production. Right now the GoGlove can be preordered for $79, about 40 percent cheaper than it will retail for next year.

However, Harris said that, once the project is funded on Kickstarter, the price will bump up to about $129. The goal is to get the gloves into production by summer and onto shelves by ski season 2015.