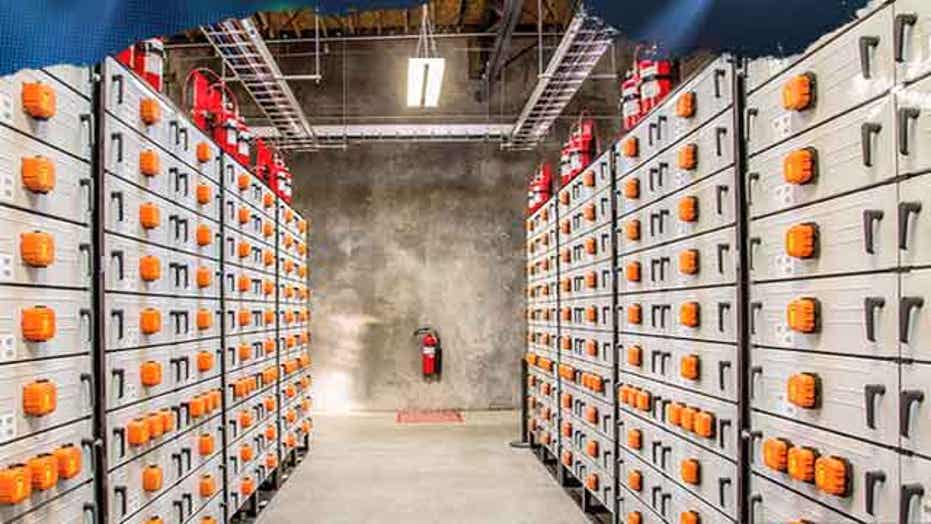 A battery to power an entire village

It's Break Time: Tech Edition, news for gadget geeks who love their gizmos

Water could be the key to producing a cheaper, more environmentally friendly and less dangerous way of making the lithium-ion batteries that power so many everyday gadgets, researchers say.

Currently, rechargeable lithium-ion batteries are typically found in mobile devices such as cellphones, laptops and tablet computers, and they are increasingly being used to power hybrid and electric vehicles. As their uses grow, scientists would like to manufacture the batteries in a manner that's both less expensive and more environmentally friendly.

Currently, more than 80 percent of the costs of making lithium-ion batteries are due to materials and the processing of those materials. Scientists at Oak Ridge National Laboratory in Tennessee are now aiming to reduce the price of both of these factors.

All batteries generate electricity by flowing electric current between two electrodes — a positively charged cathode and a negatively charged anode. Cathodes make up about 70 percent of the total cost of high-power batteries, and the organic solvent used to make the lithium ion battery cathodes, N-methylpyrrolidone or NMP, is expensive, toxic and generates flammable vapors. Making batteries with this solvent also requires expensive, explosion-proof processing equipment and costly solvent recovery and recycling systems.

Instead of using NMP, the researchers say they can replace it with a system that uses water, which is much safer, greener and at least 150 times cheaper than the organic solvent.

Replacing NMP with water is tricky because the slurries, or fluids containing the materials used to make the battery's electrodes, behaves in very different ways if water is employed. For instance, water-based slurries are typically not as good at coating the current collector, the material that gathers electric charge from the electrode.

"While it seems quite straightforward to substitute expensive and toxic NMP with water in battery manufacturing, it is very complicated and requires extensive knowledge in science and engineering to realize it," Li said.

The scientists employed a number of different tricks to get water to work. For instance, treating the current collector with electrified plasma alters its surface in ways that makes water-based slurries coat it better. Additives in the slurries also help prevent the particles from clumping together.

Previous work could help scientists manufacture lithium-ion battery anodes using water. However, until now, "no one has been successful with both anodes and cathodes," Li said.

Using this method, the researchers have created a battery that features excellent performance comparable to conventional batteries. Replacing NMP with water promises to reduce the overall costs of lithium ion batteries by about one-eighth, and "the whole process is much more environmentally benign," Li said. "This allows the battery manufacturing more sustainable and affordable."

The scientists currently have a patent pending on their technology. They detailed their latest findings online May 25 in the Journal of Colloid and Interface Science.