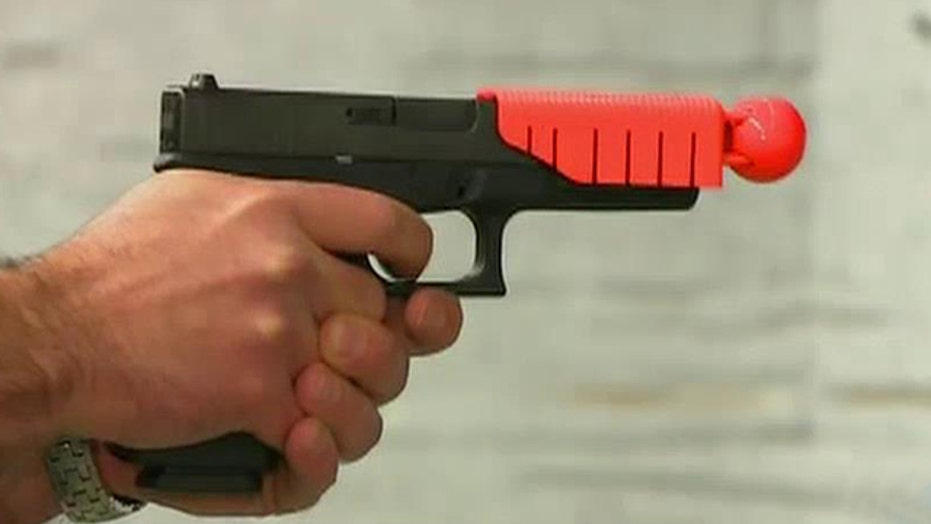 Police department to test 'The Alternative'

ST. LOUIS – As police in the St. Louis suburb of Ferguson seek alternatives to the sort of lethal force that led to Michael Brown's death, they're testing a new device that attaches to a handgun barrel and is designed to turn a bullet into a projectile intended to stun but not kill.

Mayor James Knowles III said Wednesday that a few Ferguson officers will test the device, known as the Alternative, at a shooting range Thursday. But Knowles said the department is early in the evaluation stage and the city has not decided whether to purchase the device.

Brown, 18, was unarmed when he was fatally shot by Ferguson officer Darren Wilson in August, leading to widespread protests. The shooting also spurred a national discussion about police use of force.

The Alternative is made by Poway, California-based Alternative Ballistics. The company's website says the bright orange device sits in a pouch that attaches to an officer's belt, and it can be attached to the top of a gun within a second.

Then, if the officer fires, the bullet embeds itself into a new, round projectile the size of a ping pong ball. That decreases the velocity of the bullet, and, because the bullet is embedded inside a ball, the company says it is less likely to pierce a suspect and cause a fatal injury. Alternative Ballistics CEO Christian Ellis calls it "an air bag for a bullet."

University of Missouri-St. Louis criminology professor Richard Rosenfeld applauded Ferguson for considering less-lethal types of force but questioned the value of the Alternative in a life-or-death situation.

"It might be useful if the officer needs some degree of force, but not necessarily in a situation where the officer believes that he or someone else is being immediately threatened and has to respond very rapidly," Rosenfeld said.

Knowles called it a "neat technology," but one that is unproven in the field.

"That's one of the reasons were not rushing to deploy it," Knowles said. "It's not something that has been tried and true with law enforcement across the country."

Ellis said Ferguson would be the first police department to use the device, though he has received information requests from departments in Mexico, Egypt and other countries.