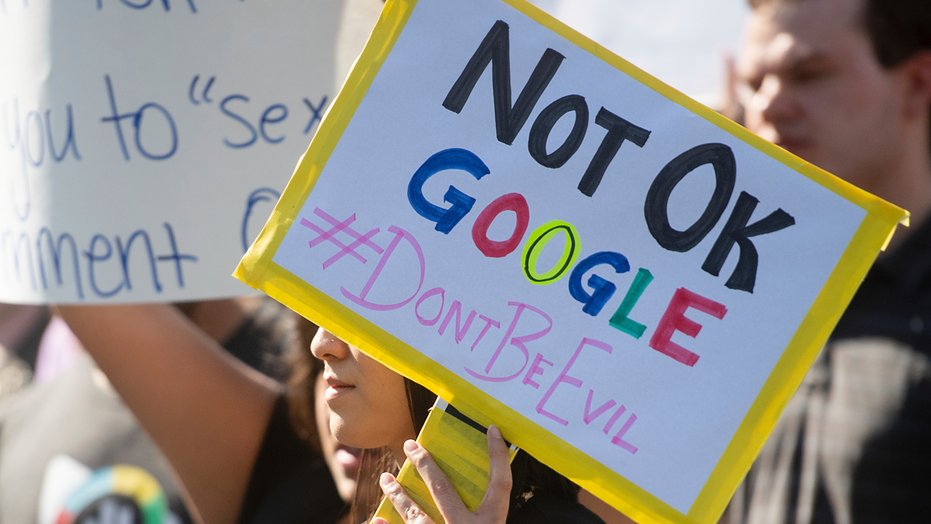 Leading Democrats are urging Google to convert its army of contract workers into permanent employees.

The letter mentions a New York Times report that states that Google's temporary and contract workers, who work in a wide range of areas for the company, including content moderation, food services, legal and technical roles, now outnumber full-time employees at the Mountain View, Calif. company.

"Google contractors and temporary workers also have fewer opportunities for professional advancement and less leverage in the workplace because they are trying to become full-time employees," the letter states. "That leaves them vulnerable to Google management demands, including requests not to report overtime or inappropriate advances."

Last year, 20,000 Google employees walked out of their offices worldwide to protest the company's treatment of sexual harassment claims, demand pay equity and call for fairer treatment for contract and temporary workers. One current Google employee characterized the working conditions for contractors who train the algorithms used to power Google's several Assistant products as a "white collar sweatshop."

In a letter sent by Ellen Naughton, VP of People Operations at Google, that was shared with Fox News, the company strongly pushed back on the senators' comments and disputed their chracterizations.

Naughton explained in the letter that Google only uses independent contractors for 0.5 percent of its total workforce, and relies on them for "specialized domain knowledge." Another category, temporary workers, comprise 3 percent of their workforce and tend to focus on short-term or special projects, or they cover for full-time employees on parental or sick leave.

"Being a temporary worker is not intended to be a path to employment at Google, and because we want to be clear and upfront, this is a part of our written policies and the training that all Google employees managing temporary staff must take," Naughton states in her letter.

Vendors account for the rest of the company's extended workforce, and according to the company, they work in areas that require training and expertise outside of Google's core areas of focus -- for example, in areas like medical care, construction or cafe operations.

The senators' letter, which labels the tech giant as "anti-worker," demands a range of changes, including wage and benefit parity for contractors with permanent employees, future limitations on the usage of contractors to specific areas, prohibition of mandatory non-disclosure agreements about the terms and conditions of employment and the elimination of all non-compete clauses in all employement contracts.

Naughton's response also notes that Google has mandated a mininum standard of wages and benefits for all vendors it works with, which will include $15 per hour by next year, and by January 1, 2022 the benefits must include 12 weeks paid family leave, eight days paid sick leave, comprehensive healthcare and $5,000 per year in tuition reimbursement for vendors' employees in the United States. Google expects most of its temporary staff and vendors to be covered by this higher standard by the middle of 2020.