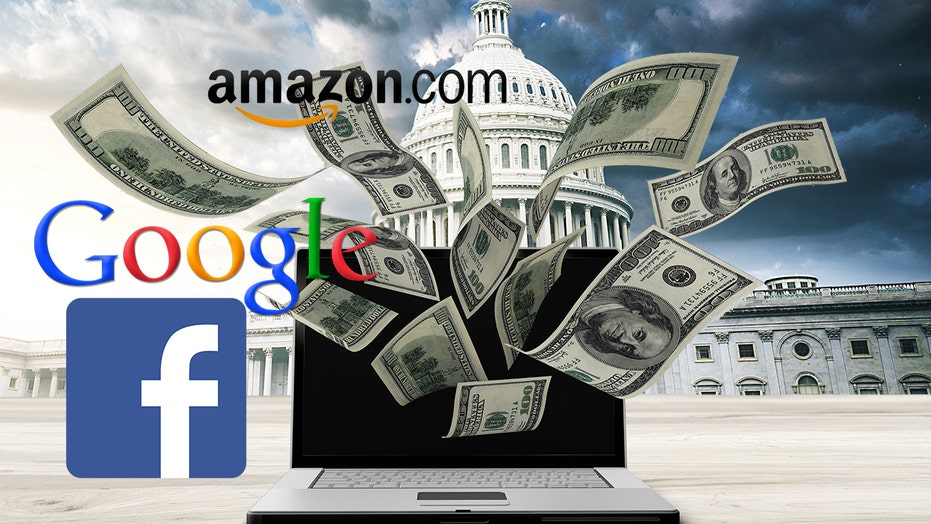 New bipartisan legislation in the Senate would force Big Tech companies to disclose the value of their users' data.

The bill, set to be introduced Monday by Sens. Mark Warner, D-Va., and Josh Hawley, R-Mo., would apply to tech firms with more than 100 million users and would require Facebook, Google and Amazon to disclose the types of data they collect, how that data is used, and to provide the value of that data every 90 days.

The legislation, which is called the Designing Accounting Safeguards to Help Broken Oversight and Regulations on Data Act (DASHBOARD) and was first reported by Axios, would mandate annual disclosure to the Securities and Exchange Commission the "aggregate value" of all their users data, and the details of contracts with third parties for data collection, how revenue is generated by user data and what measures are taken to protect the data.

Big Tech players have been hesitant to share the specifics of their main source of income, which is derived from user data, and there has been a wide-ranging debate about how much each user's data is worth. Critics have said it's almost impossible to figure out how much someone's data is worth in a digital advertising marketplace that crosses platforms, where online behavior is combined with offline insights, packaged and auctioned off.

“It's also about trying to grapple with the enormous power these companies have,” Warner told Axios on HBO. “I don't think there was a time in history when companies grew so quickly, had as much pervasive power, and really have as much ability to kind of influence everything about how we do, and how we vote, and how we think than these companies do.”

In its latest earnings report, Facebook said it generated an average of $6.42 per user worldwide, although the figure for the U.S. and Canada was $30.12. The Menlo Park, Calif. based company generated $55 billion in advertising revenue for all of 2018 from its 2.7 billion monthly active users.

The DASHBOARD Act, which would not mandate any type of payout to users for their data, comes on the heels of a separate bill introduced by Sen. Hawley last week that would strip away Big Tech's protection from liability under Section 230 of the Communications Decency Act unless they submit to an external audit of their algorithms and prove that their content policies are politically neutral.

"We look forward to continuing our ongoing conversations with the bill’s sponsors," a Facebook spokesperson told Fox News via email on Monday.

The Mark Zuckerberg-led tech giant, which also owns Instagram and WhatsApp, has said it welcomes government regulation as a way to curb the excesses of Big Tech. Nick Clegg, the former deputy British prime minister who now heads global policy and communications for Facebook, wrote in a Monday op-ed for The Financial Times that technology isn't inherently good or bad, pointed out what the firm has already done to improve its systems around fake news and harmful content, and highlighted four areas where the firm is focused on working with regulators: privacy, data portability, harmful content and election integrity.

"I am not fatalistic," Clegg wrote in the FT. "By acting quickly and smartly, companies and governments in open societies can create a global template for the internet. That should be the spirit in which tech companies and policymakers work together from now on. Collectively, we need to decide what sort of internet we want. Then we need to work together to ensure we get it."

The senators' bill comes as a time when the backlash against Silicon Valley is reaching a boiling point, with House lawmakers opening up their own probes, and regulators at both the Department of Justice and the FTC believed to have Apple, Facebook, Amazon and Google in the crosshairs.

Google and Amazon declined to comment on the proposed legislation.