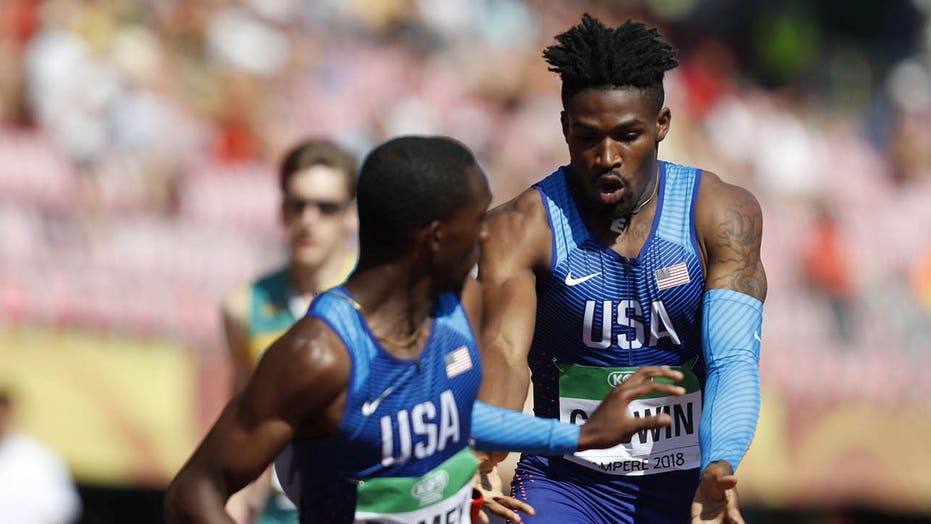 A track and field athlete at the University of Georgia is expected to make a full recovery after officials said he was impaled by a javelin during practice.

Elija Godwin, a freshman, was at the school's track in Athens on Tuesday practicing backward sprints when he backed into a javelin that was stationed in the ground, the school said in a statement.

Elijah Godwin, right, was injured during track and field practice at the University of Georgia on Tuesday, school officials said.<br data-cke-eol="1"> (Lehtikuva/Kalle Parkkinen via REUTERS)

Godwin's left lung was punctured and collapsed after the rear part of the javelin stuck into his back, a report from campus police stated. Rescue workers cut off part of the javelin, and the remainder was removed when the athlete underwent surgery at Athens Regional Medical Center.

“We would like to express appreciation for all those who acted so quickly and efficiently in coming to the aid of Elija,” Ron Courson, the school's director of sports medicine, said.

Godwin was in stable condition Wednesday but will miss the remainder of the track season.