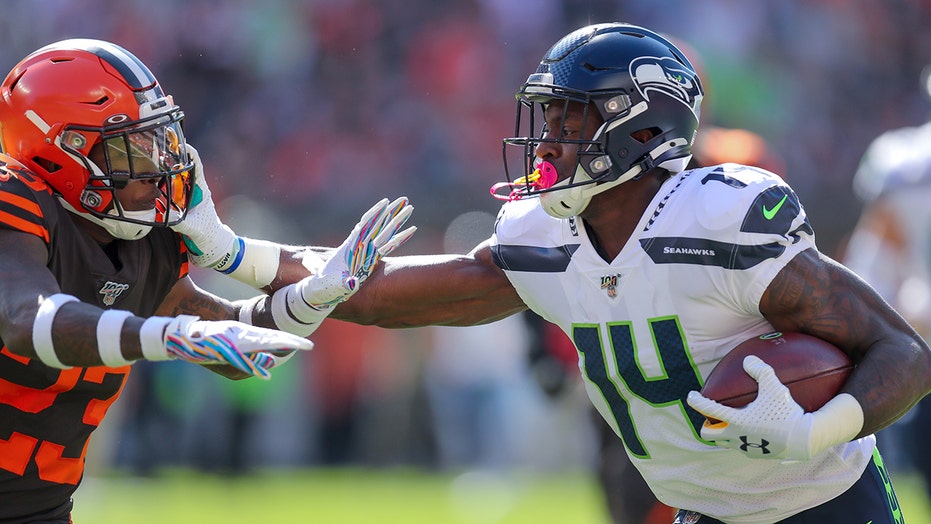 Before the Seattle Seahawks selected D.K. Metcalf in the second round of the 2019 NFL Draft, the wide receiver was already a social media sensation with his gigantic physique.

On Sunday, Metcalf became a social media sensation once again because of what he had in his mouth during the team’s victory over the Cleveland Browns at FirstEnergy Stadium. The rookie was sporting a pacifier mouthguard as he was trying to catch passes from Russell Wilson.

The pink and yellow binky received some delighted tweets from fans during the game.

Metcalf helped the Seahawks to a victory with four catches for 69 yards. At one point, he was able to pick up some extra yards on a catch by brushing off some Browns defenders.

Metcalf earlier this year told NBC Sports Northwest that he plans to have a new pacifier every Sunday.

Metcalf is having a great first season with Seattle. He has 16 catches for 336 yards and two touchdowns. He leads the NFL with 21 yards per reception.

Seattle is 5-1 with the victory and contending in a tough NFC West division that includes the undefeated San Francisco 49ers and the defending conference champion Los Angeles Rams.