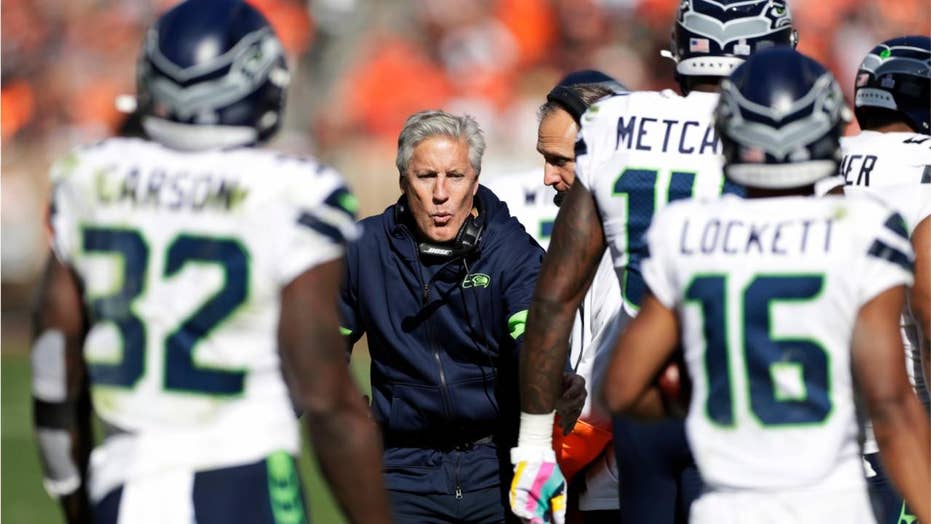 Seattle Seahawks throwback to the 1990s with their ‘NSYNC’ choreographed touchdown celebration.

You could say that the Seattle Seahawks offense was in sync Sunday against the Cleveland Browns.

The Seahawks defeated the Browns in a close game on the road, 32-28, and the receivers got a chance to show off some of their dance moves after one touchdown late in the second quarter.

Russell Wilson found Jaron Brown for a 17-yard touchdown pass to cut the Browns’ lead to two points with 22 seconds left in the half.

Brown was joined by Tyler Lockett, David Moore and DK Metcalf to put on a show for the Browns fans at FirstEnergy Stadium in Cleveland.

NSYNC members Chris Kirkpatrick and Lance Bass both gave the Seahawks some props for their moves. Kirkpatrick tweeted out fire emojis while Bass retweeted a video showing the routine.

The pass from Wilson to Brown was one of two touchdown passes Wilson threw in the game. He was 23-for-33 with 295 passing yards. Wilson also had a rushing touchdown.