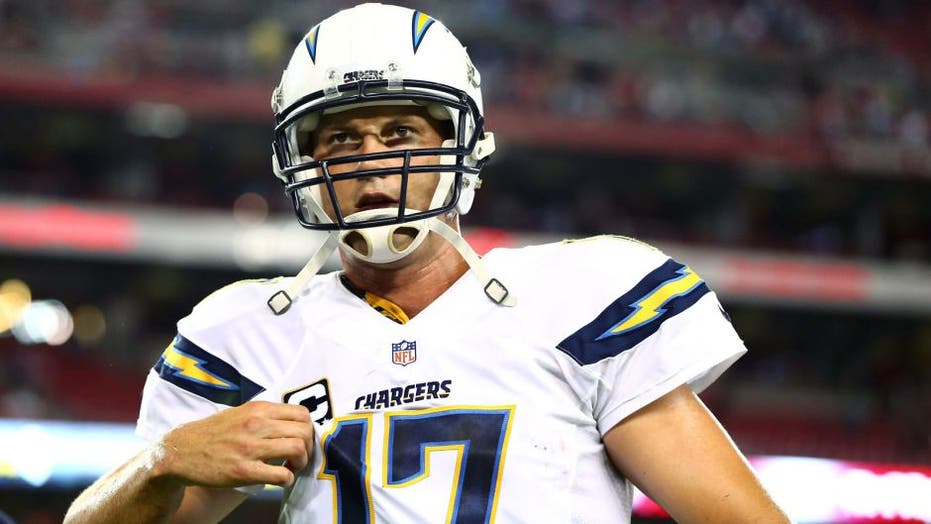 Philip Rivers will reportedly sign a one-year deal with the Indianapolis Colts after having spent the first 16 seasons of his NFL career with the Los Angeles Chargers.

Rivers’ deal with the Colts is worth $25 million, according to ESPN. The NFL Network was also among those who first reported that a deal between the two sides was imminent.

Rivers spent the majority of his career with the Chargers after the New York Giants traded him for Eli Manning during the 2004 draft. Since then, he’s gone on to throw for 59,271 passing yards, 397 passing touchdowns and 198 interceptions. He led the Chargers to the playoffs multiple times but never broke through and made it to the Super Bowl.

He will be replacing Jacoby Brissett in Indianapolis. Brissett took over for Andrew Luck last season, who retired weeks before the start of the 2009 season. In 15 games, Brissett had 2,942 passing yards and 18 touchdown passes with six interceptions. He and the Colts fell just short of the playoffs.

The Chargers announced at the end of the 2019 season that they would be parting ways with Rivers.

“I am very grateful to the Spanos family and the Chargers organization for the last 16 years,” Rivers said in a statement on the team’s website last month. “In anything you do, it's the people you do it with that make it special. There are so many relationships and memories with coaches, support staff and teammates that will last forever, and for that I am so thankful.

“I never took for granted the opportunity to lead this team out on to the field for 235 games. We had a lot of great moments, beginning in San Diego and then finishing in LA. I wish my teammates and coaches nothing but the best moving forward.

“I'm not sure what the future holds, but my family and I look forward to seeing what God has planned for us next.”