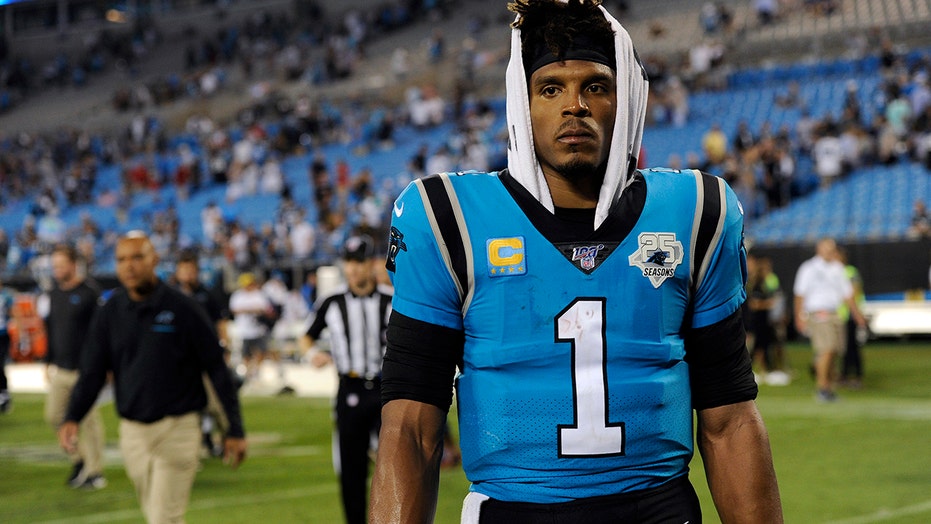 The Carolina Panthers appear to be ready to move on from quarterback Cam Newton after announcing Tuesday that they have granted him permission to seek a trade after an injury-ridden season, a decision Newton says he was “forced” into.

General manager Marty Hurney had a conversation with the 30-year-old quarterback and his agent to talk about the end of his tenure in Carolina, according to the team’s website.

"Cam is one of the all-time greats in Panthers history," team owner David Tepper said. "If you ask any of our fans for some of their most memorable moments, I'm willing to bet that most of them would include Cam – electrifying plays, giving away footballs after touchdowns, fun celebrations and big wins. His competitiveness and drive are rare.”

Tepper continued: “He's unique and I wish him all the best."

But the decision did not appear to be mutual.

“Stop with the word play,” he wrote in the comments' section of the team's Instagram page. “There is no dodging this one. I love the Panthers to death and will always love you guys. Please do not try and play me or manipulate the narrative and act like I wanted this, you forced me into this.”