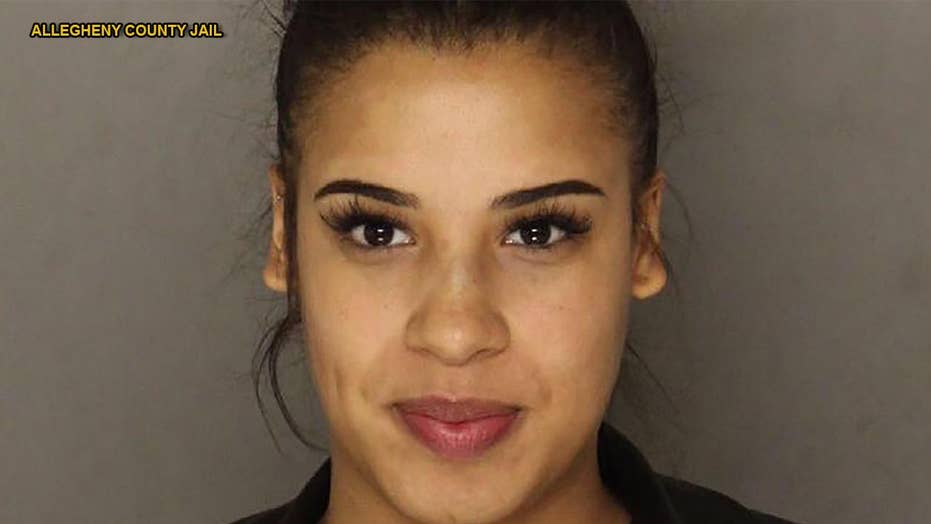 Shalaya Briston, a woman accused of stabbing NFL wide receiver Terrelle Pryor, was seen smirking in her booking photo. Briston has been charged with attempted homicide and aggravated assault.

NFL wide receiver Terrelle Pryor says he went into cardiopulmonary arrest twice while in the hospital after he was stabbed in the chest allegedly by his girlfriend Shalaya Briston.

Pryor posted a picture obtained by TMZ Sports Wednesday that appeared to show a serious bandage going across his chest, near his heart, and down his left arm with a caption that read: “Life crazy man… was coded twice before I came back alive.”

He continued: “Stared death in the eye in same place my son was born. God is good!!”

Pryor was released from the intensive care unit days after undergoing emergency surgery following a domestic dispute with Briston in a Pittsburgh apartment over the weekend.

The wide receiver posted another video obtained by TMZ that again showed him revealing his bandages and noting that he “had to be coded twice,” referring to when a patient is resuscitated after not being able to breathe or losing a pulse.

Pryor recorded himself waving bye to the medical staff as he appeared to leave the ICU.

“Come see me upstairs,” he could be heard saying to the hospital staff.

Briston was arrested Saturday, police said. She was charged with attempted homicide and aggravated assault. Pyror was also charged with simple assault.

Witnesses claimed Briston, 24, was acting in self-defense with Pryor acting as the aggressor.

Pryor was drafted in the third round of 2011 NFL Supplemental Draft by the Oakland Raiders before playing for a number of teams. He was released by the Jacksonville Jaguars in September.