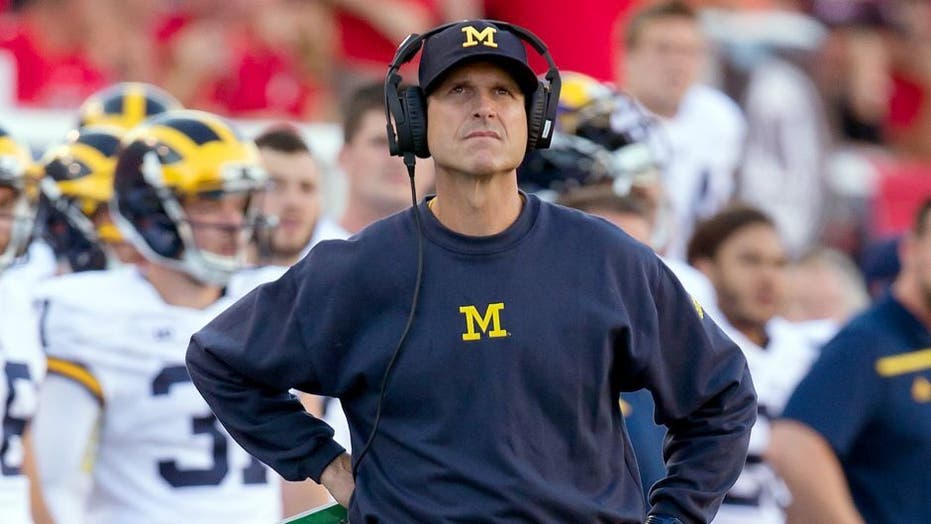 In his five seasons with the Wolverines, Harbaugh is 0-5 against the Buckeyes and it's something that doesn’t sit too well with him.

OHIO STATE FOOTBALL STADIUM COULD HOUSE UP TO 50,000 FANS ‘IF GUIDELINES ARE RELAXED’ BY FALL: ATHLETIC DIRECTOR

"We’ve got to beat Ohio State," Harbaugh told NBC Sports on Tuesday. “Nothing makes us angrier than that, or me. That’s what we’re working toward every day. We’ve beaten everybody else but we haven’t beaten them.”

Michigan hasn’t won a national championship since 1997 and Harbaugh blames the team’s record against Ohio.

THIS DYNAMIC PLAYER IS THE SAINTS’ ‘GUY’ AFTER DREW BREES, NFL INSIDER SAYS

“That’s what we have to do — beat them, win a championship, get ourselves into the playoff, win a national championship.”

Former Ohio State cornerback Jeff Okudah, who was selected in the first round by the Detroit Lions, looked to further Harbaugh’s misery on Twitter by tweeting out: “There will be MORE anger coming in 2020.”

Despite the challenge, Harbaugh said it’s been a “joy” to coach at Michigan.

“We’re a high-drive team. We’re driving toward success. We want to put it over the top. We’ve just been kind of on that outside of the playoffs, haven’t gotten in, and want to push that over the top. That’s our mission.”