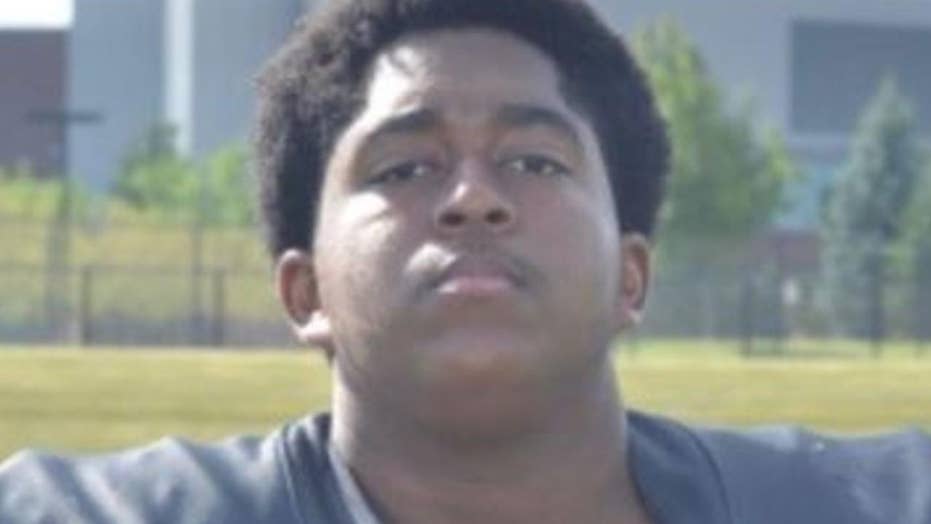 The death of South Lyon East High School guard Trevon Tyler has sent shock waves through his school and community. Days after Tyler underwent surgery to repair a meniscus tear, the 17-year-old junior developed a blood clot and died from a heart attack.

A suburban Detroit high school football player has died after injuring his knee in a game and undergoing minor surgery, according to reports.

The death of South Lyon East High School guard Trevon Tyler on the day after Thanksgiving has shocked his teammates and his coach.

The 17-year-old junior, who was 6-foot-4 and 300 pounds, needed the knee surgery after suffering a meniscus tear in an Oct. 4 game, the Detroit Free Press reported.

“He had surgery maybe three or 3½ weeks ago to have that fixed,” Head Coach Joe Pesci told the paper. “That surgery went really well. They fixed everything up. He had been doing physical therapy with our trainer at the school.

"I guess he had to go back in, to get something cleaned up, a week ago last Monday. They said that went well. They took care of everything. Everybody went on break. He was in good spirits. I guess, Thursday night, maybe late, he developed a blood clot. And Friday morning, we were told he developed a blood clot, which led to a heart attack, and he passed away Friday morning."

“It’s somewhat mind-boggling that it could happen,” the coach said.

“I think he could have played at the next level, I don’t know at what division," he said. "But he was an athletic kid, good feet. Hardworking kid.”