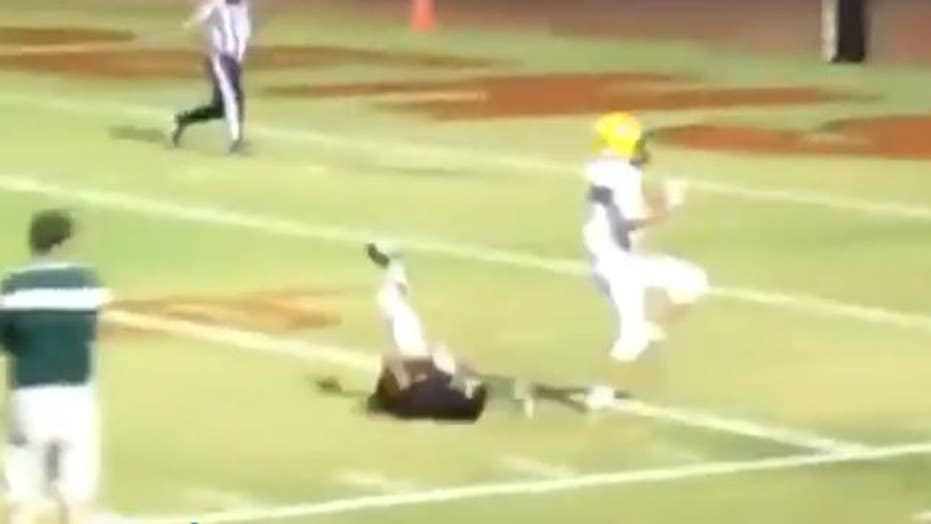 Micah, nicknamed Dew, was shot Friday as he watched the game from the sidelines.

During the third quarter of a playoff game between the Camden Panthers and Pleasantville Greyhounds Friday night, a man opened fire after an altercation in the stadium, resulting in the hospitalization of Micah, then in critical condition, and a 27-year-old man, who was in stable condition. A 15-year-old boy was also treated for a small wound after a bullet grazed him.

“Dew’s personality is too big for him to not come out on top!” Micah’s mother, Angela Tennant, posted on social media over the weekend as her son was being treated in the hospital. “It’s just a matter of time. We’re here and we’re patient!

“We’re not using the word hope when it comes to Dew… God said you only need faith as big as a mustard seed, I’ve got big faith,” she said in another post.

A GoFundMe account set up on behalf of the 10-year-old had raised more than $20,000 as of Wednesday morning.

One of the men charged was the wounded 27-year-old, Ibn Abdullah, and the intended target of the shooting. A gun was found on him when emergency responders came to his aid.

Authorities did not discuss what led to the shooting, saying it was an ongoing investigation. However, they said it did not appear that any of the men charged had any connection to the game.

The stands were packed to watch the Greyhounds-- who won their first division title in 43 years this season. Panicked spectators and players sprinted for cover as gunshots rang out, some dropping to the ground and playing dead.

“It was mayhem,” witness Jonathan Diego said. “A wave of people coming away from the shooting. You saw parents holding their babies and their little children to make sure that they weren’t injured.”

The game cut short by the violence resumed Wednesday at 4 p.m., at Lincoln Financial Field, home of the Philadelphia Eagles, following an invitation from the NFL team. The game continued at the 4:58 mark of the third quarter with Camden leading 6-0, and Camden went on to win 22-0.

"We are proud to stand united with the Camden and Pleasantville communities to demonstrate that acts of violence won't win," Philadelphia Eagles President Don Smolenski said, according to WABC. "The game of football is a unifier, and on behalf of the National Football League, the Philadelphia Eagles are honored to unite all of us today."