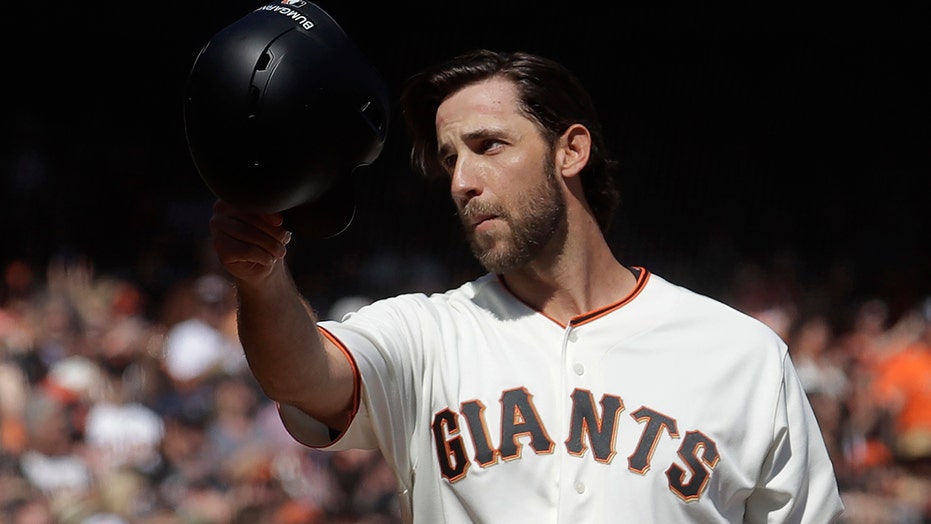 Madison Bumgarner and the Arizona Diamondbacks reportedly agreed to a five-year contract Sunday.

Bumgarner, 30, is set to play the 2020 season and beyond with a new team after spending the first 11 seasons of his career with the San Francisco Giants.

The former Giants pitcher was 9-9 with a 3.90 ERA in a major-league-leading 34 starts. He hit the 200-strikeout mark (203) for the first time since the 2016 season. The four-time All-Star missed time during the 2018 season after he took a line drive to his pinkie finger.

He’s joining a Diamondbacks’ rotation that appeared to be in disarray at points last season.

Arizona made the blockbuster trade at the deadline in July, sending Zack Greinke to the Houston Astros. Arizona was also in talks about trading Robbie Ray at points during the summer, but ended up hanging on to him. The Diamondbacks also have had Mike Leake, Merrill Kelly and Luke Weaver rounding out the staff, according to Roster Resource.

Arizona was 85-77 last season and finished in second place in the National League West.

The team last made the playoffs during the 2017 season.