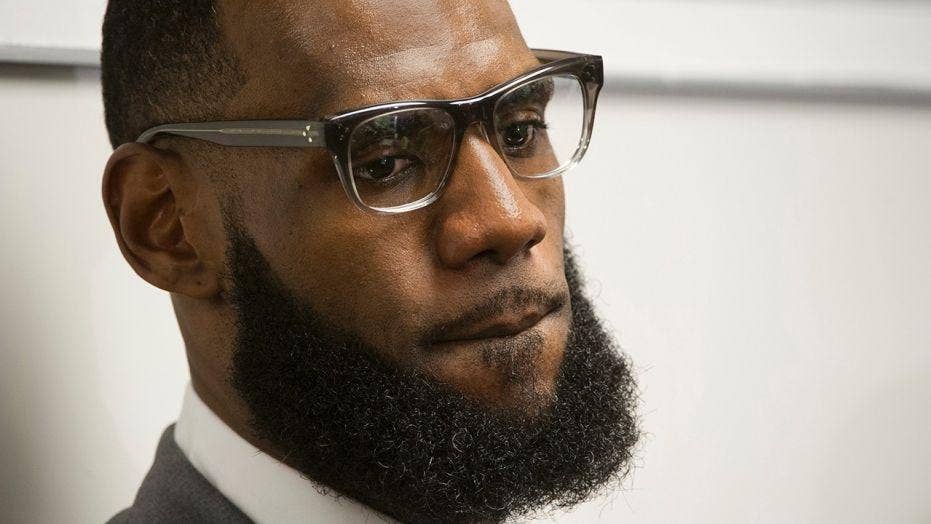 NBA superstar LeBron James revealed Tuesday on his HBO talk show “The Shop” he was uncomfortable when he had to adjust to being around white people when he first entered high school.

James, who hosts the show which vows to have “spirited, free-flowing discussions," attended St. Vincent-St. Mary Catholic School in Akron, Ohio, as a basketball prodigy. He said upon entering school, he didn’t have any desire of talking to any of his white classmates as he was there to play basketball.

James said he was only focused on playing basketball.

“So I’m like, ‘I’m going to this school to play ball and that’s it. I don’t want nothing to do with white people,’” he said. “That was my initial thoughts and my initial shock to white America, when I was 14 years old, for the first time in my life. It took me a little while to adjust to it.”

Maverick Carter, James’ best friend and longtime business partner, said in the end it didn’t matter because everyone ended up becoming best friends anyway, according to TMZ.

James added that his white classmates were responsible for teaching him what a pantry was.

“Bread, cereal, chips, doughnuts, all that s--- is on top of the refrigerator,” he said. “When I got to high school was the first time I knew about a pantry.”

James comments came in the same episode where Odell Beckham Jr. revealed he has felt like a “zoo animal” at times during his young career.