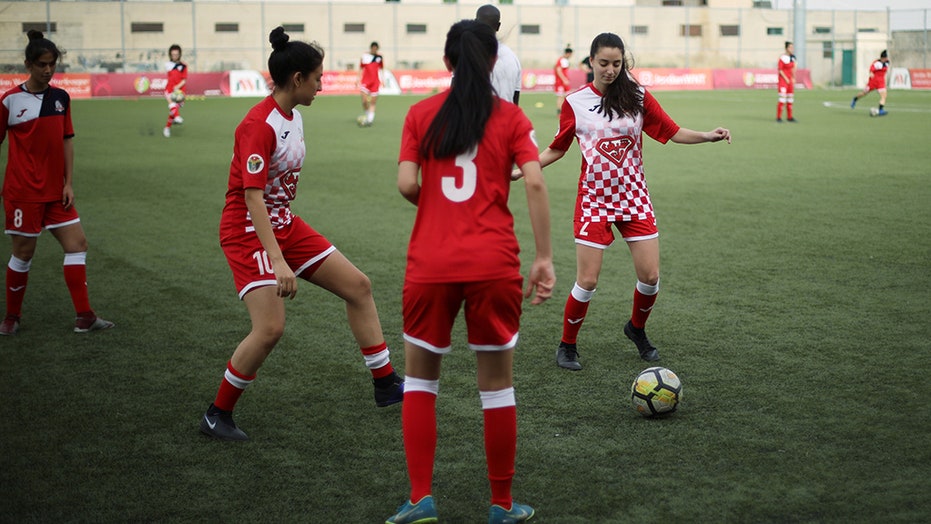 Sportsmanship at its best was on display on a soccer field in Jordan earlier this month when a team temporarily halted a match to allow an opposing player to fix her hijab.

Arab Orthodox Club was playing against Shabab al-Ordon Club earlier this month at the WAFF Women’s Club Championship when one of the players found her hijab slipping off her head, Indian Express reported.

Rather than use the incident to their advantage, members of Shabab al-Ordon stopped playing and quickly gathered around her to protect her head from being seen while she fixed it.

A video from the game was shared online and has since gone viral.

In a tweet, ESPN called it “bigger than sports.”

“JUST BEAUTIFUL,” one person who shared the video on Twitter wrote.

Others praised the players’ actions, with some calling it “the most wholesome thing” people will see.

Author Glennon Doyle, who is married to former US soccer star Abby Wambach, also shared the video saying: “This is our mood today. When one of us needs us: We stop. We huddle up. We protect each other.”

“I love the soccer. I love women,” she added.

Shabab al-Ordon Club went on to beat Arab Orthodox 10-1 and seal the inaugural title of the WAFF Women’s Club Championship.

Hijabs are head coverings traditionally worn by some Muslim women. In Jordan, there are no laws requiring the wearing of headscarves nor any banning them from any public institution.

FIFA overturned a ban on wearing hijabs in 2014. The first major FIFA tournament where hijabs were allowed was the 2016 Under-17 Women’s World Cup, which was incidentally hosted by Jordan.