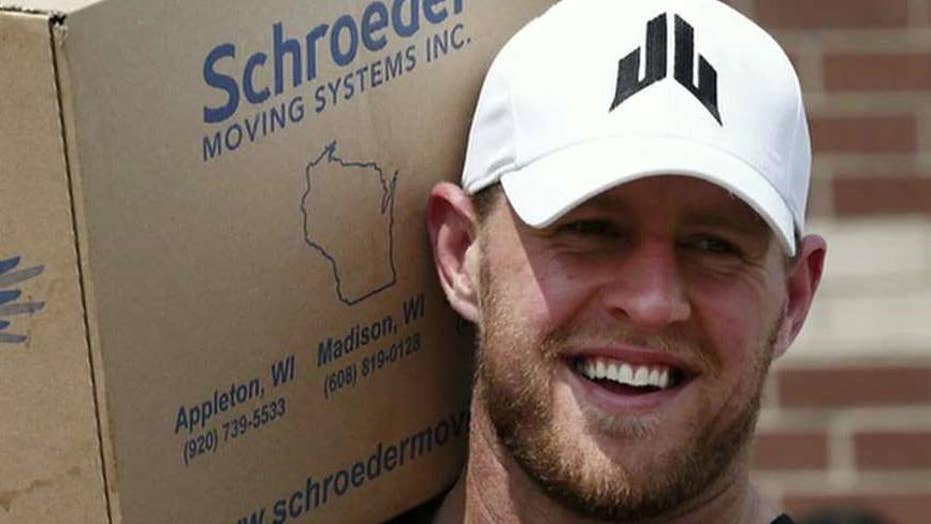 J.J. Watt, the NFL superstar defensive end for the Houston Texans, and professional soccer player Kealia Ohai got married Saturday night in front of family and friends in the Bahamas, according to reports.

The three-time NFL Defensive Player of the Year captioned wedding photos on his social media: “Best day of my life. Without question. ❤️💙”

One shot of their nuptials included the bride pointing to the back of the groom’s collar where “Mr. Kealia Watt” was embroidered.

There even was a video of the gargantuan Watt dancing at the reception with his petite grandma.

The newlyweds met the old-fashioned way: family and friends.

Watts’ former Texans teammate Brian Cushing, who is married to Ohai’s older sister, Megan, was said to have introduced them.

Watt has played for the Texans since 2011; he is a five-time All-Pro in his nine seasons.

Ohai was the No. 2 overall pick in the 2014 National Women’s Soccer League College Draft.

The Houston Dash recently traded her to the Chicago Red Stars.