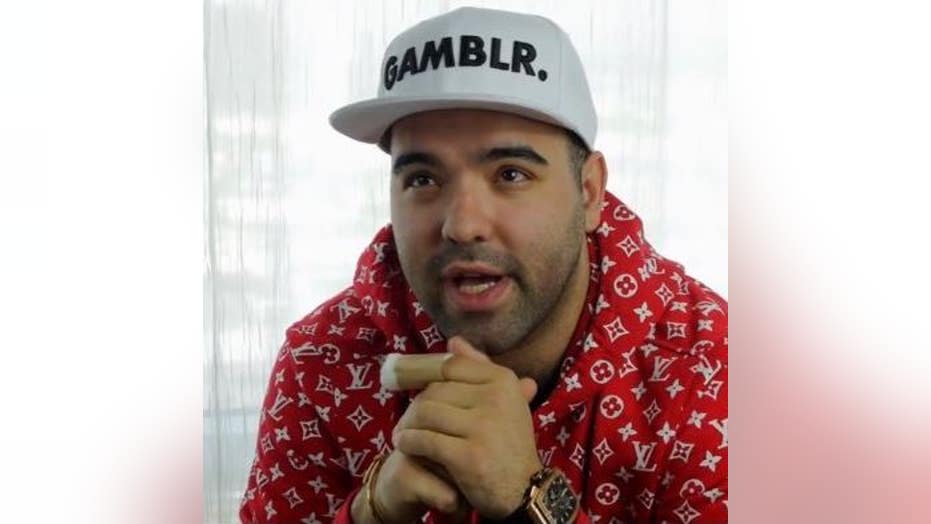 A high-stakes sports gambler from Illinois, who was depicted on social media going all-in on a lavish lifestyle with private jets and sports cars, has been charged with defrauding an investor out of $9.6 million.

Robert Gorodetsky, 27, who goes by "BigRobStyle" on social media, is facing 20 years in prison after federal charges were filed Tuesday in U.S District Court in Chicago. He was also charged with filing a false tax return, according to court documents.

In December 2017, Gorodetsky was profiled in a USA Today piece titled, "Is this the future face of sports gambling?"

In the interview, he spoke of his advice-driven gambling business which allowed him to maintain his expensive and flashy lifestyle.

He reportedly shared a financial statement from bookmaker William Hill showing he wagered $26 million in 2017 -- with his game-betting knowledge based on self-described "gut instinct," the piece said. He reportedly wagered "well over $1 million" on various sporting events that year, as well as thousands in blackjack and roulette.

He also shared photos of himself with Cleveland Browns wide receiver Odell Beckham Jr. as well as rapper Drake, according to the paper.

On Wednesday, federal prosecutors alleged that "Big Rob" Gorodetsky defrauded an individual, "Investor A," out of $9.6 million -- after lying about how he would use the money that person invested as well as the actual returns on the cash. Records show he defrauded "Investor A" between 2014 to 2018, according to Chicago's WBBM-TV.

He spent that money to wager on sports as well as pay for living, travel and entertainment expenses -- including for luxury cars and jewelry, according to court documents.

Prosecutors said he also submitted a federal tax return claiming his total income was $10,520 when it was much higher, a reason they charged him with filing a false tax return.

In the USA Today profile, Gorodetsky said he began to wonder if he had a problem after wagering $1.5 million one day.

Before his high profile-gambling run, he was a college dropout from the Chicago suburbs.