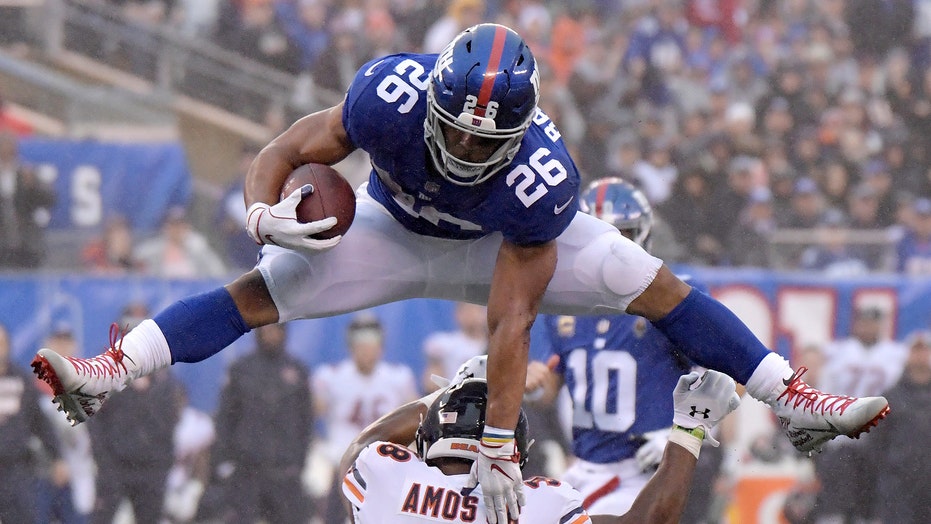 Mayfield and Barkley bet whoever won the AP NFL Offensive Rookie of the Year award the other person would have to buy them a chain. Mayfield came through and got Barkley a chain that suits him perfectly.

A picture posted on social media showed Mayfield holding up a chain that read “Quads” – a nod to the Giants star’s gigantic legs that captured the attention of many fans during the season.

Barkley, who nearly led the league in rushing yards, just edged out Mayfield for the award. He rushed for 1,307 yards and scored 11 rushing touchdowns in his first season. He also had 91 receptions, 721 receiving yards and four receiving touchdowns.

Mayfield had 27 touchdown passes – a rookie record – along with 3,725 passing yards. He only started in 13 games for the Browns, whereas Barkley played and started each game for the Giants.