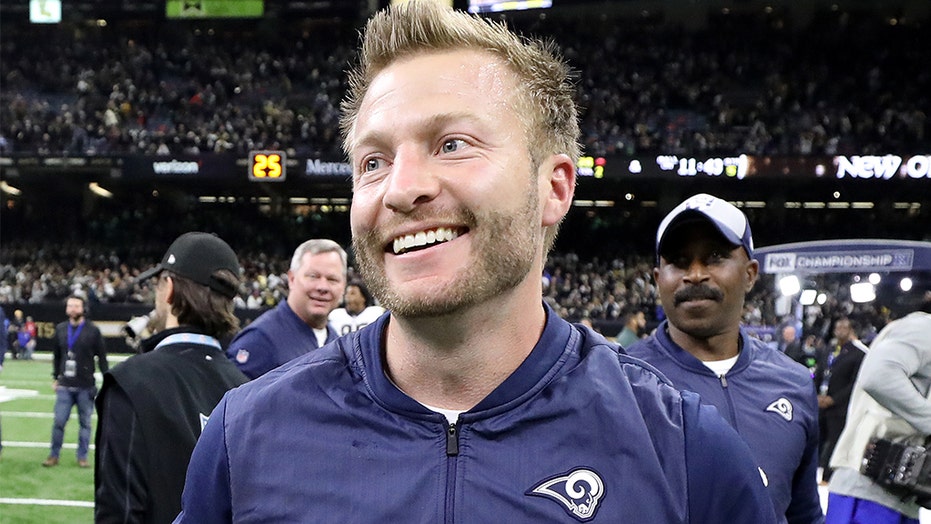 Khomyn, who is from Ukraine, shared news about the engagement in a post on her Instagram Stories, according to People. The two were vacationing in France before McVay gets ready for training camp.

“Can’t wait to call him my husband,” she wrote as a caption on her video post.

McVay and Khomyn started dating somewhere between 2011 and 2013 while he served as an assistant coach for the Washington Redskins, according to the Atlanta Journal-Constitution. She was a student at the time attending George Mason University.

Khomyn frequently posts pictures of her and her beau on Instagram.

Khomyn went viral during the playoffs last season when she unveiled a “McBae” shirt in support of the coach.

McVay became the youngest person to coach a Super Bowl at only 33 years old. However, his Rams would falter against the New England Patriots.

He took over the Rams prior to the 2016 season and was the youngest person to become an NFL head coach at just 30 years old.