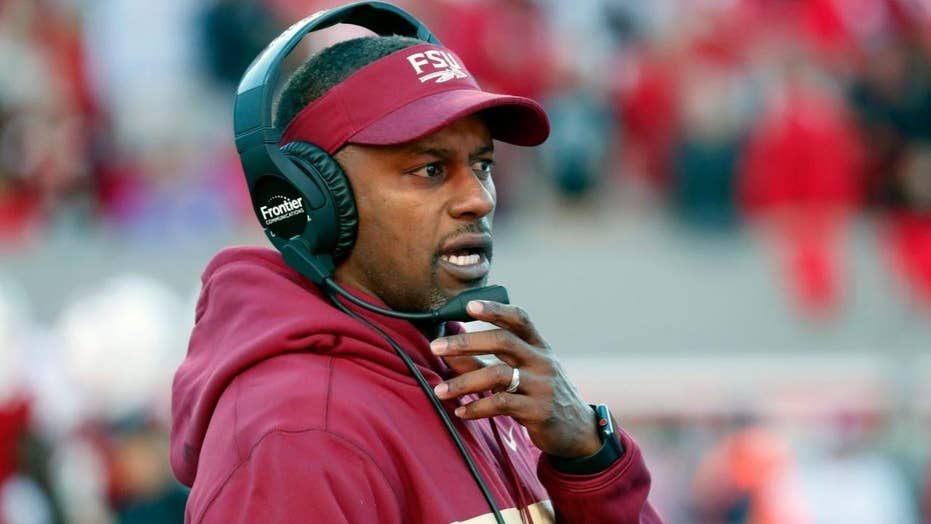 A Florida State University fan gets fired from his job after posting a racist message about the school’s head football coach Willie Taggart on Facebook.

The Florida State University fan who posted a racist message on Facebook after the school’s football team finished off a 5-7 season was fired from his job on Monday amid the public fallout.

The Facebook post included a meme depicting Willie Taggart, who is the first black coach in the school’s history, being lynched, along with the words: "Believe in something. Even if it means sacrificing your rep." The unidentified poster initially stood by the post, and told a critical commenter, "I'm dead F---ing serious. This is how far I'm willing to go to get rid of this clown."

The post has been deleted, but the damage has been done.

Lauren George, a spokeswoman from Hilton Grand Vacations, told ESPN that the person responsible "for posting this information has been terminated. His behavior is in violation of multiple company policies and the furthest example from being a reflection of our company’s values."

FSU lost to rival Florida 41-14 at home on Saturday.

"I speak for the entire FSU community in expressing our disgust and extreme disappointment, and I am glad the state attorney is investigating. Coach Taggart has our full support and as true Seminoles know, he is a respected member of the FSU family."