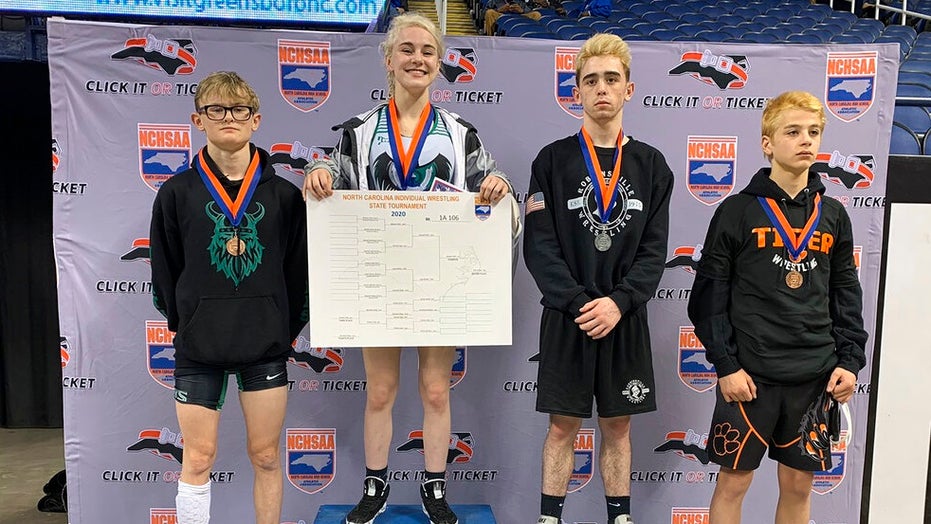 A female wrestler has made history by winning a state high school wrestling championship in North Carolina.

The North Carolina High School Athletic Association said on its website that junior Heaven Fitch of Uwharrie Charter became the first female to win one of the association's individual state wrestling championships. She won the 106 pound (48 kg) weight class at the 1A division on Saturday.

A photo released on the association's official Twitter account shows her beaming, standing next to three boys who finished behind her in the tournament.

She had a 54-4 record for the season and won Most Outstanding Wrestler for the 1A division.

"I'm just really overwhelmed ... It's like insane what I've done, it's not fully sunken in yet," she told WRAL-TV.

Fitch beat Robbinsville's Luke Wilson to win an eight-person bracket that included seven male wrestlers, said James Alverson, assistant commissioner for the high school association. Overall, she was one of only three female wrestlers in the tournament, he said. Last year she became the first female wrestler to place, coming in fourth in her division.

She said that when she started high school, she would have never expected to have this much success.

"I thought as a freshman I wouldn't even have a winning record, and to do this now, I would have never thought of it," Fitch said.