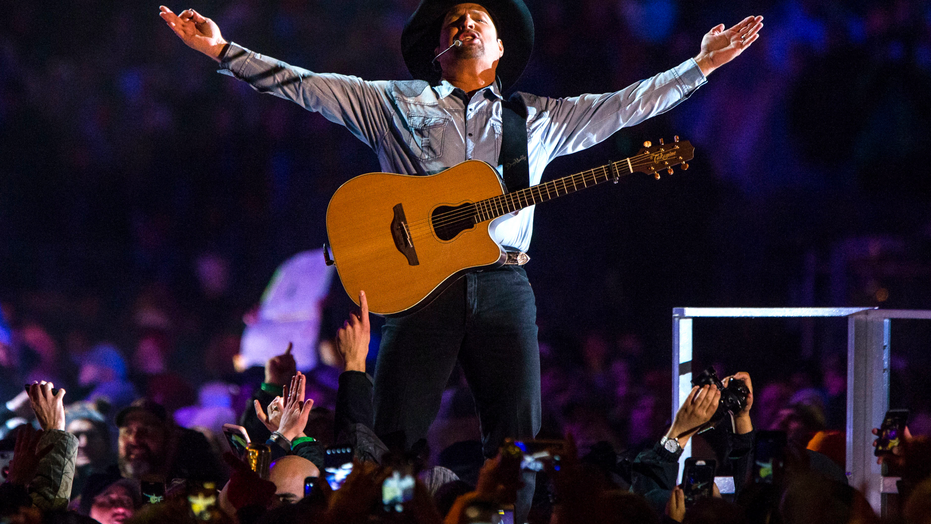 Country music legend Garth Brooks posted a picture of himself in a "Sanders" jersey after his packed show Saturday night in Detroit, which created a bit of misguided outrage and confusion online.

Brooks wore the No. 20 jersey of former Detroit Lions running back Barry Sanders – a football legend in the city and NFL Hall of Famer – which caused some of his Instagram followers to mistakenly attack him for being a Bernie Sanders supporter.

"Good grief," one user responded. "Can’t you just do what you get paid to do ???? Why why why does it have to involve politics !!! So sad. We don’t pay good money for anything other than to watch you perform. 😡Thought you were different."

"Lost some respect w that jersey," another wrote.

"If this is for Bernie Sanders, I'm done with you," another user said. "I thought you were a true American that loves Our Country?"

It's not clear if they had political blinders on or simply weren't big fans of football, but some of his other Instagram followers were tasked with correcting the misguided attacks.

"I’m going out on a limb here... he’s a football fan and it’s a Barry Sanders jersey. CRAZY I know," one user wrote.

The Blaze reported that the NFL legend was honored during the concert.

Some of Sanders' supporters also chimed in to support Brooks after seeing the photo.

"Love the Sanders jersey! Feel the Bern!," one person on Twitter said.

Hours later, Barry Sanders poked fun at the furor, asking Brooks if he wanted to be his running mate.