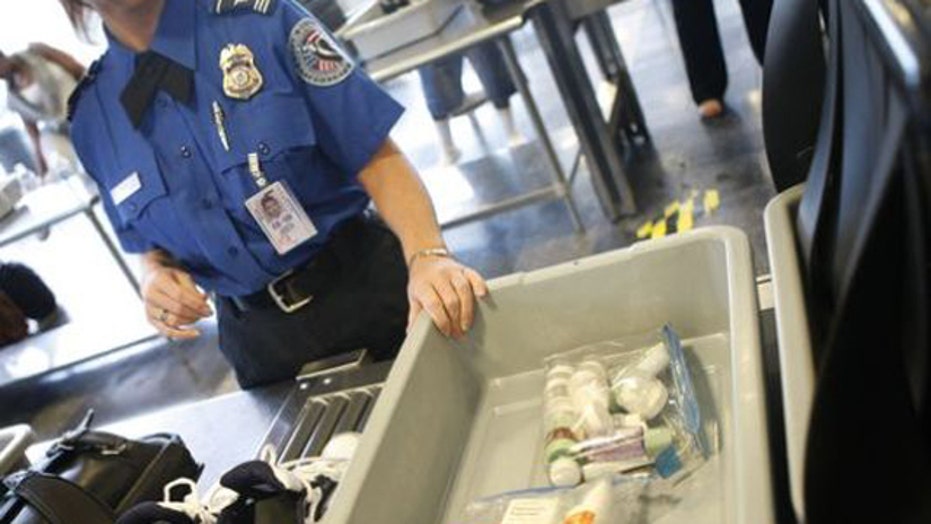 Can TSA protect flights from explosives in liquids, gels?

SOCHI, Russia – Despite a temporary Russian ban on liquids in carry-on luggage, some air travelers heading to the Sochi Olympics through Moscow have brought toothpaste and other toiletries past security checkpoints without any problems.

Security concerns ahead of the Sochi Games were renewed after the U.S. Homeland Security Department warned airlines flying to Russia that terrorists may try to smuggle explosives into the country in toothpaste tubes.

Yet six Associated Press employees arriving in Moscow from across the world or beginning their journey there passed through security without having to remove toothpaste, hand lotion or water bottles from their carry-on luggage.

Another AP journalist, arriving in Moscow from Singapore, said a security official checked his deodorant and then returned it, but didn't notice or make mention of a very small tube of toothpaste.

"It was pretty chill. I had an empty 1-1/2 liter water bottle because I was hoping to fill it up on the plane but no one checked it," said Matt Segal, an Australian tourist who traveled from Moscow to Sochi on Thursday. "No one has pulled it out and asked about it."

The no-liquids rule applies to anyone departing from a Russian airport, including transit passengers, said Russian Transport Ministry spokeswoman Nataliya Nesterova. She said it was up to airports to make sure it is enforced.

The seemingly sporadic enforcement underscores the difficulty that governments face in ensuring that airport personnel in many places, screening thousands of impatient people in a compressed period of time, maintain consistent practices as they try to prevent attacks that could be both human and public-relations disasters.

And even if practices are consistent inside a single country, the many points of transit that travelers pass through en route to Sochi fall under the jurisdiction of multiple governments.

An AP journalist starting a three-leg trip to Sochi in Detroit on Thursday had to leave his toothpaste and deodorant behind after an airline official told him he couldn't bring those items to Russia in his carry-on luggage.

Moscow airport officials didn't immediately return calls Thursday seeking comment about enforcement of the ban, which runs from January to April, well after the Olympics and Paralympics end. Russian deputy prime minister Dmitry Kozak had no comment Thursday on the toothpaste warning from the U.S. Homeland Security Department in the U.S.

"I don't have any reaction at this point. We're checking this information," Kozak told reporters Thursday at a news conference in Olympic Park.

He said Russia can guarantee the safety of people attending the Sochi Games as efficiently as any other government hosting a major event.

"I believe that warnings about Sochi, about Russia were superfluous, and the threat levels in Sochi are just like they are in Boston or London," he said. "I would like to reiterate that security in Sochi will be no worse than in New York, London, Washington or Boston."

Some AP employees traveling directly to Sochi from Frankfurt, Germany, passed through security there carrying travel-sized liquids, including toothpaste.

A photographer who brought a Ziploc bag with a half a dozen liquid items said he was asked to take it out in Boston, where he began his trip, but security officials in Frankfurt left it in the bag, while inspecting his camera equipment.

No-liquid rules appear to be enforced more strictly at train stations in the Sochi area. One AP journalist was stopped Feb. 2 at a security checkpoint in the train station in Krasnaya Polyana, the mountain hub for the games, because his hand luggage contained a tube of leather conditioner. He was asked to open it, stick a finger in it and rub it onto his shoe.

Another AP journalist who carried a water bottle at a train station in Sochi had to hand it over to security officials who examined it with a scanning device to make sure its contents were not flammable.

In late December, bombings of a train station and an electric trolleybus killed 34 people in the southern city of Volgograd, heightening security fears ahead of the Sochi Olympics.

The leader of the Caucasus Emirate, an umbrella group for militants seeking to establish an independent Islamic state in the North Caucasus, has urged his followers to strike the Winter Olympics.

Associated Press journalists from across the world contributed to this report.