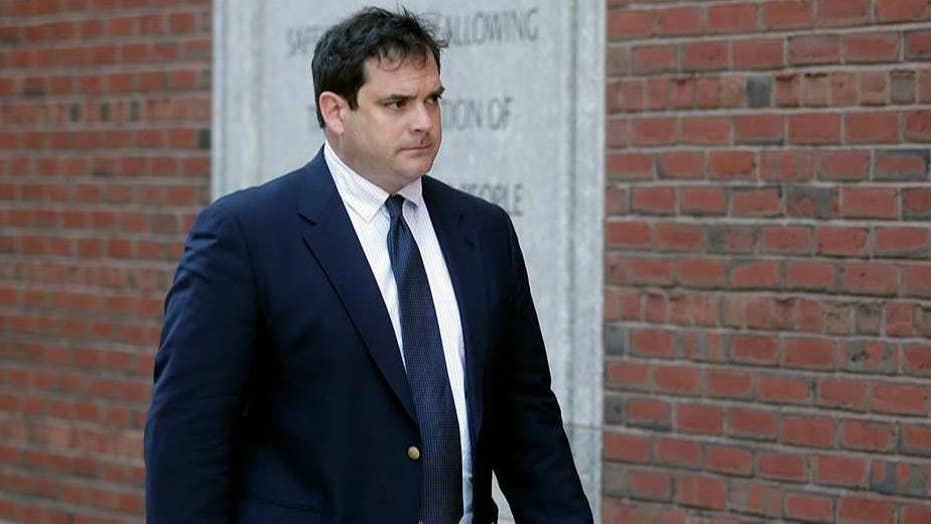 Prosecutors are asking for a 13 month sentence for John Vandermoer; Molly Line reports.

Stanford’s former head sailing coach John Vandemoer, who pleaded guilty earlier this year, was the only Cardinal coach who went along with the scheme proposed by Rick Singer, an independent investigation funded by the university revealed.

“Singer directly or indirectly approached seven Stanford coaches about potential recruits between 2009 and 2019,” Stanford University president Mark Tessier-Lavigne said in a statement. He added that there was no evidence anyone but the sailing coach “agreed to support a Singer client in exchange for a financial consideration.”

The names of other coaches contacted by Singer were not revealed. The report also did not detail the communications between Singer and the coaches.

Vandemoer pleaded guilty to charges that he accepted $770,000 in contributions to the program for agreeing to recommend to prospective students for admission. However, the university said neither student was admitted to the school.

Vandemoer coached the Cardinal sailing team from 2009 to 2019. His teams won 29 Pacific Coast Collegiate Sailing Conference spring championships and made it to the semifinals of the Inter-Collegiate Sailing Association National Championships each year. He previously coached at the U.S. Naval Academy and St. Mary’s College of Maryland.

He was sentenced to one day in prison over the scandal and was the first person to receive a sentence of any kind. Before receiving his sentence in June, Vandemoer issued an apology.

“The career I worked for 20 years is gone,” he said, according to The Washington Post. “My freedom is in jeopardy ... I deserve all this. I caused it. And for that, I am deeply ashamed.”

Coaches at several other schools, including Yale and Georgetown, also admitted to charges in the case.