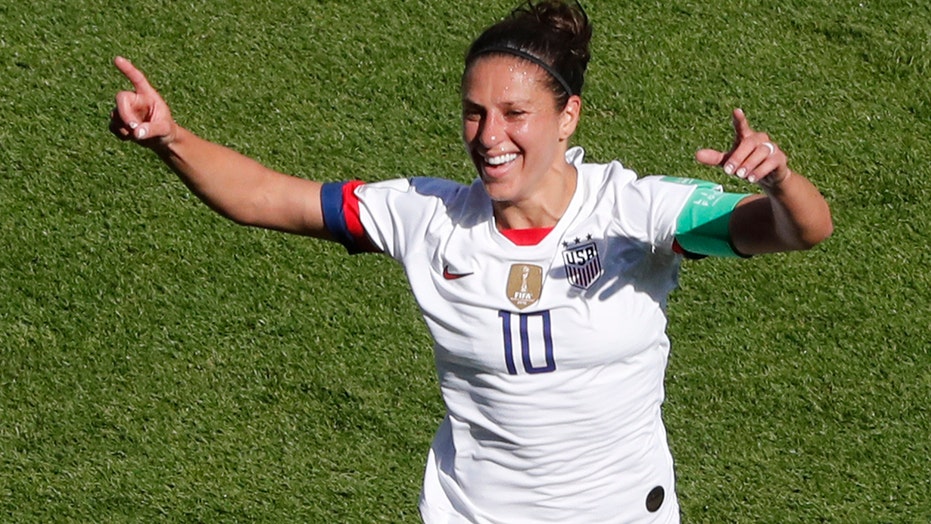 Even on the remarkable run, Lloyd admitted to ESPN’s Julie Foudy in a podcast interview that she wasn’t doing all that great from the time of the 2016 Olympics into the World Cup run this summer.

“I'm not going to lie and sugarcoat it,” Lloyd said. “It was absolutely the worst time of my life. It affected my relationship with my husband, with friends. It really was rock bottom of my entire career.”

Between an ankle injury in 2017 and coming off the bench for the national team in 2019, Lloyd said, she believed she “deserved” to be on the field throughout the entire World Cup.

“There's no denying it,” she said. “I deserved to be on that field that whole World Cup, but I wasn't. And I think I've grown as a person, as a player. It sucked. It absolutely sucked.”

Lloyd, 37, said she would like to play for the Olympic team in Tokyo next year. But the coaching fit has to be right. Jill Ellis announced she would retire after the team’s victory tour.

“I hope a coach comes in that values me, respects me, wants me [as] a part of the Olympic plans,” she said.

On Wednesday, Lloyd defended her comments in the podcast and blasted those who took her comments out of context.

It could be a big 2020 for Lloyd. With the Olympics and the looming rumor she’s eyeing a career in the NFL, she could be going from hunting for a gold medal to kicking down the door to a Super Bowl title.