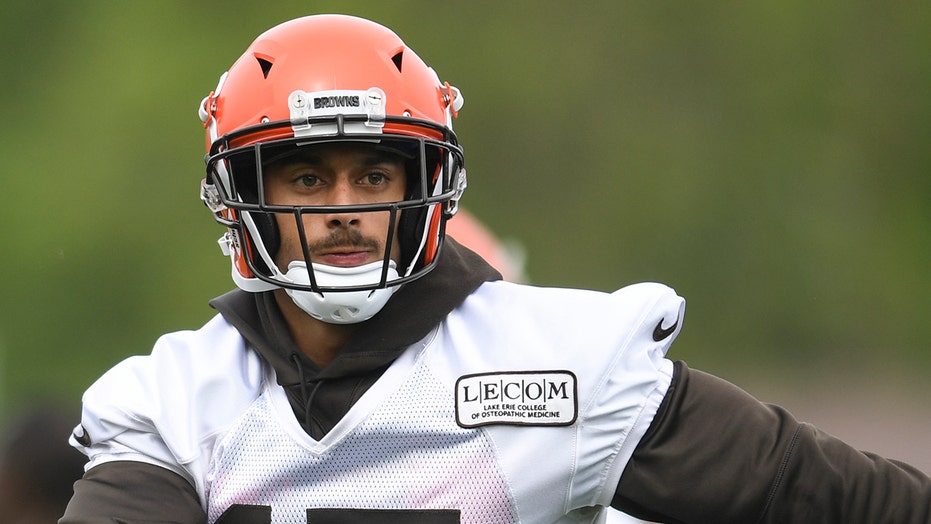 Football players who want to be on NFL teams sometimes have to take the road less traveled to even secure a tryout with an organization before they could get a contract offer.

Cleveland Browns wide receiver Damon Sheehy-Guiseppi’s story is a lot different than Odell Beckham’s journey to the league. According to the Cleveland Plain-Dealer, Sheehy-Guiseppi had to fail multiple times, spend some money and sleep outside before he was able to latch onto an NFL team.

Sheehy-Guiseppi tried out for the Canadian Football League and multiple times for the Arena Football League but failed to make a team. At that point, he had already been in Arizona for a year and spent $100 participating in the CFL tryout, according to the Plain-Dealer.

He then had made a connection with someone from a flag football league. The person let him know of a tryout taking place in Florida and to be on the lookout for Alonzo Highsmith, the vice president of player personnel for the Browns, at the tryout, the Plain-Dealer reported.

Sheehy-Guiseppi was prepped and ready for the tryout. As soon as he saw Highsmith, he knew he had to introduce himself.

“I just knew I had to make it look like we were friends,” Sheehy-Guiseppi told the Cleveland Plain-Dealer. “Alonzo was real nice to me.”

“Then we got a chance to see him for ourselves, and you could see all of the explosive movement stuff that Alonzo was talking about,” Browns GM John Dorsey said. “Then when you watch him field kicks and punts, you are going, ‘OK, he can do this kind of stuff.’”

The Browns signed Sheehy-Guiseppi to its 53-man roster. He told the newspaper he’s going to do everything he can to prove he’s worthy of a roster spot.

The Browns open up the preseason Aug. 8 against the Washington Redskins. It will be his first chance to show off his talent.