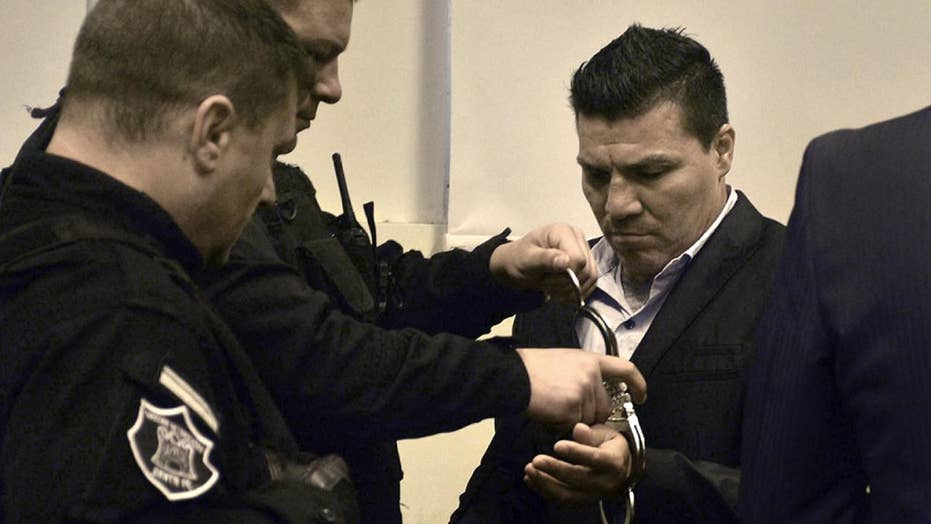 An Argentine former welterweight world boxing champion, who lost his title to Floyd Mayweather, was sentenced Thursday to 18 years in prison for the repeated sexual abuse of his daughter, reports said.

Carlos Baldomir, 48, abused the child for two years beginning when she was 7 years old, the BBC reported. He was arrested in November 2016 and spent almost three years in pre-trial detention.

Local newspapers reported the girl was his daughter with a former partner, who had alerted authorities to the abuse, according to BBC Mundo.

Argentine former welterweight world boxing champion Carlos Baldomir was sentenced to 18 years in prison on July 31 for the repeated sexual abuse of one of his daughters, a court in Santa Fe announced. (GUILLERMO DI SALVATORE/AFP/Getty Images)

He has denied the charges and his lawyer has called the sentence “excessive,” according to local media.

Baldomir held the World Boxing Council title for 10 months in 2006 after defeating American champion Zab Judah in January. He defended his title against Italian-Canadian Arturo “Thunder” Gatti before losing to Mayweather in November that year.