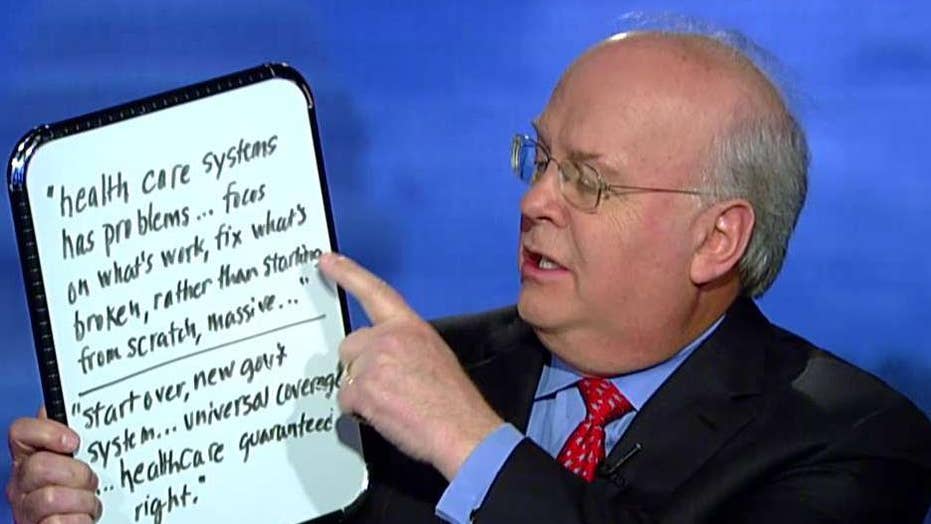 Fox News host Dana Perino had a birthday on Thursday. At the end of a long discussion about health care and Valerie Plame's senatorial bid, Rove made sure to wish his longtime colleague a happy birthday.

Rove and Perino worked together in the White House during former President George W. Bush's administration — he as a senior adviser and she in multiple communications roles, including White House press secretary.

PERINO ON PRESSURES OF BEING WHITE HOUSE PRESS SECRETARY

"Before we go though Dana, I just want to wish you not only a happy birthday but ask you a question," Rove said. He then asked Perino how she landed a spot in The Wall Street Journal's article about Fox News' first-quarter success.

Pointing to a picture of Perino, Rove asked if she was the reason that the network's revenue and profits rose. "How does Janice Dean feel about this?" Rove asked, referring to the Fox News meteorologist who shared a birthday with Perino.

"It's her birthday too and [Fox News correspondent] Garrett Tenney, and you're the person with your picture in The Wall Street Journal," he said. Perino ended the segment by thanking Rove for "embarrassing her."