Ahead of the first presidential debate between President Trump and former Vice President Joe Biden scheduled for next Tuesday, Fox Nation highlights the debates between Democratic Senator Stephen A. Douglas and Republican challenger Abraham Lincoln during the 1858 Illinois senatorial campaign, pointing out it was the first to draw national attention.

Fox Nation's new series titled, “Right Makes Might: The Lincoln-Douglas Debates” focuses on the senatorial campaign in Illinois, which expanded to a national audience due to the fact that newspapers across the country transcribed them.

“The audience that was gathered in towns that the debates took place in was minuscule compared to the national audience that was exposed to the debates through the medium of the shorthand reporters and the willingness of newspapers throughout the country to print the entire debates verbatim,” Michael Burlingame, a historian and University of Illinois, Springfield professor, said in the Fox Nation documentary. Burlingame wrote and edited several books on the life of Abraham Lincoln.

“In 1858, the Lincoln-Douglas debates were a local election for Senate from the state of Illinois, but they were on a national stage and, in a strange way, everyone seemed to realize that pretty quickly,” Charles Kesler, a professor of Government at Claremont McKenna College in California, said.

Kesler noted that each of the seven debates were three hours long. He said considering their length and the fact that they were “transcribed in the newspapers and apparently eagerly read, not just in Illinois, but reprinted elsewhere in the country and noticed even in New York newspapers, testifies to how eager the public was for political talent even in 1858.”

The documentary points out the “technological transformation” that was taking place in America, attributing it to the expansion of railroads across the country, the advent of the telegraph, which was allowing for almost immediate communication, and advances in printing, which led to a newspaper boom. The “rapid information network” transformed Lincoln “into the nation's first political mass media sensation and America would never be the same,” according to the series.

“Right Makes Might” is a phrase coined by Lincoln during his Cooper Union speech, which was delivered shortly after the debates, the series’ executive producer, Ben Judge, pointed out as he explained how he came up with the title of the Fox Nation documentary.

Judge said the speech “the culmination of, all of the arguments he [Lincoln] had been making during the debates.”

“If you had to sum up Douglas' argument in one phrase, it was that MIGHT makes right. That whatever the strongest political group defined as RIGHT was, in fact, just,” Judge said.

“Right Makes Might” will be available for viewing on Fox Nation beginning Sept. 24.

3 SHOWS TO WATCH ON FOX NATION IN SEPTEMBER

Also available on Fox Nation this month is a special titled, “Great Debates.” 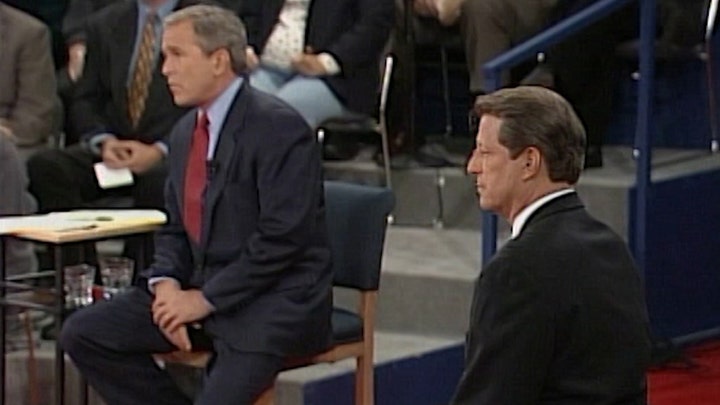 In the special, political insiders, including former White House deputy chief of staff Karl Rove and former Clinton strategist Doug Schoen, analyze some of the most memorable moments of past presidential debates.

The special takes a piece from past presidential debates and the political analysts weigh in on why that particular moment was significant, what it did for the candidate and how it could have influenced the election.

“Great Debates” is currently available for viewing on Fox Nation.