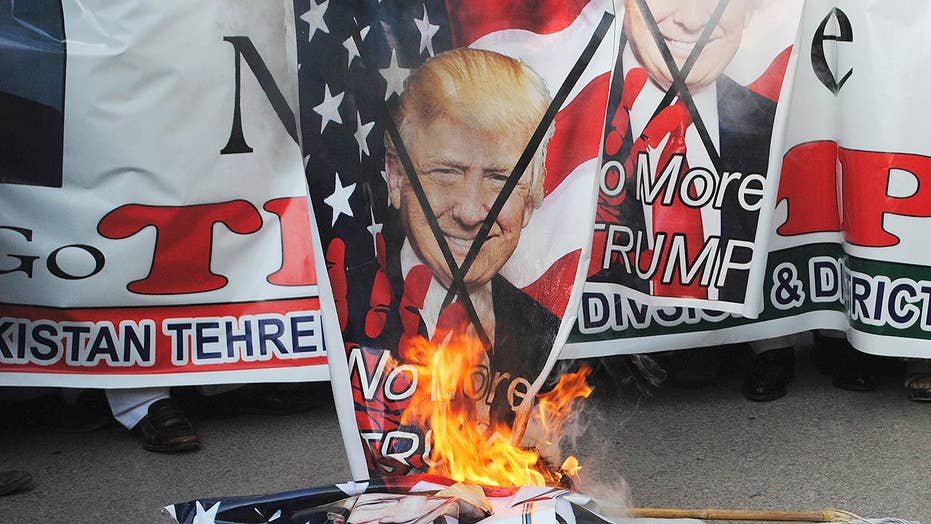 The Trump administration will announce later this week that it is withholding money for "security assistance" to Pakistan after the White House warned that country it would have to take tougher action against terrorism to keep U.S. aid flowing, a State Department official told Fox News Wednesday.

The official said the formal announcement was expected Thursday. White House press secretary Sarah Huckabee Sanders told reporters on Tuesday to expect more details on specific actions against Pakistan over the next day or two.

The pending announcement was first reported by Reuters.

On Monday, Trump tweeted the U.S. had "foolishly" given Pakistan more than $33 billion in aid in the last 15 years and had gotten nothing in return but "lies & deceit."

Washington has confirmed it will withhold $255 million in U.S. military aid to Pakistan this year, a threat it issued last August when Trump announced his Afghan policy, which took aim at neighboring Pakistan and demanded an end to Islamabad's alleged support for the Afghan Taliban.

Pakistan denies supporting militants, pointing to its own war against extremist groups battling to overthrow the government.