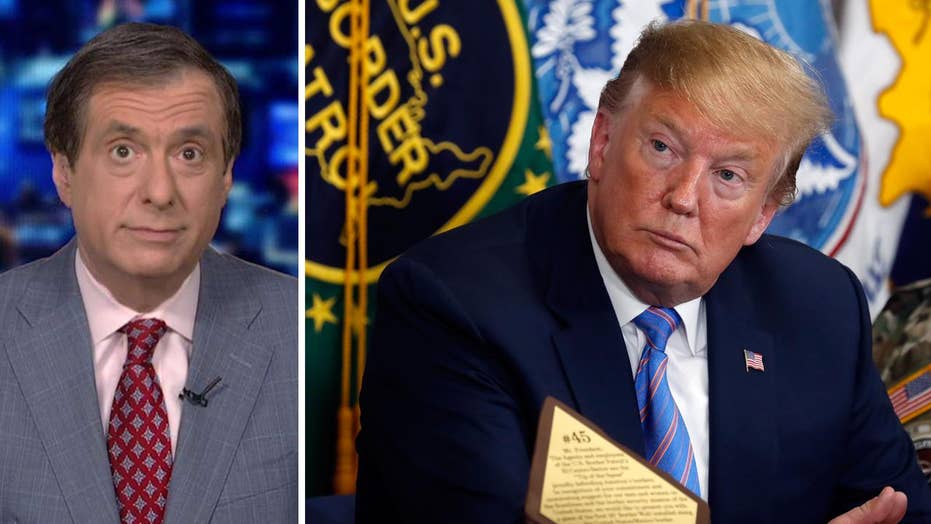 Howard Kurtz: Most ousted White House aides (but not all) get a rough exit

And now Homeland Security's Kirstjen Nielsen and Secret Service chief Randolph Alles have been pushed out as well.

Everyone knows it's not easy working for President Trump, and that some high-profile appointees have left with their reputations scarred or at least diminished. When Trump isn't happy with an aide's performance, he can publicly lambaste that person — most famously in the case of Sessions — in an effort either to vent or nudge that person toward the exits.

The result, as the media are filled with stories about the latest "purge" — both the Washington Post and New York Times used that word — is a stunning rate of turnover.

Just as reporters were being ushered out of the Oval, Trump said: "Just so you understand, President Obama separated the children ... I'm the one that stopped it." (Whatever the policy's roots in the Obama years, it was Trump’s zero-tolerance approach that turned the separations into a crisis breaking up thousands of migrant families — and shows how stung he was by the coverage. Trump also said, contrary to media reports, he's not looking to resume family separations.)

Here's the thing about the personnel shakeup: they're all staff. And they serve, in that worn-out phrase, "at the pleasure of the president."

If Trump was pushing to liberalize immigration policy, as many in the media prefer, and was firing top officials who weren't getting that done, the coverage would be very different.

But the more the president is depicted as pushing for harsh and heartless solutions to the border crisis, the more he is seen as unloading those who can't make it happen — even when they run up against legal or practical constraints.

The Washington Post reported on "a series of head-spinning departures ... senior DHS officials remained in a fog about the fate of their agency's leaders, expecting more firings as part of a widening purge," and quoted one as saying: "They are decapitating the entire department."

The New York Times, citing the growing influence of White House hard-liner Stephen Miller, said "some of the president's allies complained that he was going too far, taking out subordinates who actually share his goals on immigration at the prodding of White House aides hunting for scapegoats for the failure to control the border as he has promised to do."

But while some of those exiled from the administration get the bum's rush, others do not.

As Politico points out, invoking the former head of the SBA, "Kirstjen Nielsen got a 21-word tweet. Linda McMahon got a 13-minute lovefest."

A few people have gotten a nice sendoff, including Hicks and Nikki Haley. Sessions would be at the other extreme.

Kelly, whose departure had been the subject of constant media speculation, got his discharge in December when Trump stopped in front of White House reporters and announced the news, preempting a planned formal announcement. Months earlier, Trump had said his chief of staff would be staying through 2020. His successor, Mick Mulvaney, has only an acting title.

That same month, Mattis was pushed into resigning after Trump said he was pulling all American troops from Syria. But when the Pentagon chief wrote a strongly worded resignation letter, the president said he had essentially fired him.

The president is entitled to have the team he wants, even if that turns the White House gate into a revolving door. But on a subject as intractable as illegal immigration, that doesn't necessarily change the outcome.