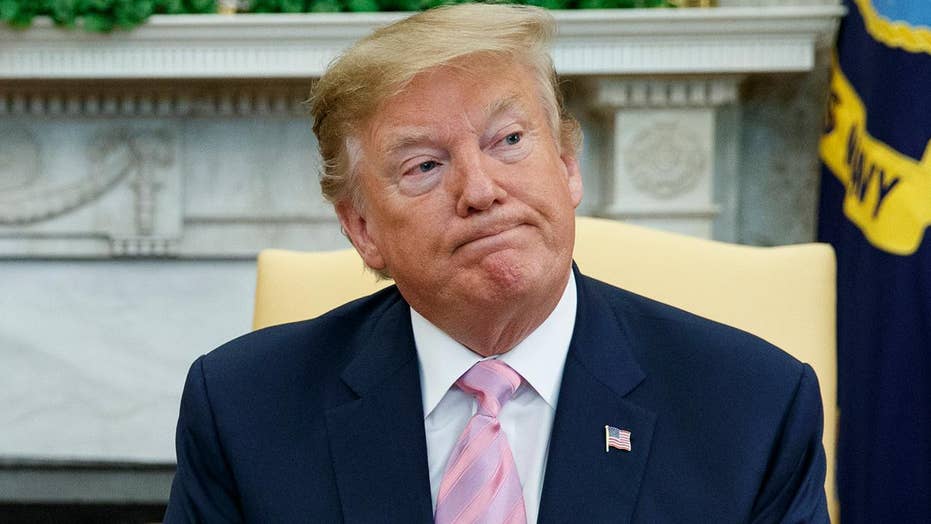 The president addresses reports that he's considering giving migrant parents the choice of voluntarily separating from their children at the border after detention; John Roberts reports from the White House.

President Trump said Tuesday that the administration has no plans to revive the controversial policy that allowed for family separations at the border, amid renewed speculation about whether the practice could return amid the shakeup at the Homeland Security department.

“We’re not looking to do that,” Trump told reporters on Tuesday prior to a closed-door meeting with Egyptian President Abdel Fattah el-Sisi.

He added that “once you don’t have it, many more people are coming, like a picnic. Like Disney Land.”

The president ended the practice under pressure and mounting criticism last year.

But the issue of family separations has emerged once again after DHS Secretary Kirstjen Nielsen's resignation and other changes in the department. The president also withdrew the nomination of acting Immigration and Customs Enforcement (ICE) Director Ron Vitellio to become the permanent head of the agency, telling reporters that “Ron’s a good man, but we’re going in a tougher direction, we want to go in a tougher direction.”

Speaking with reporters on Tuesday, though, Trump sought to pin the blame on his predecessor for the uproar.

But while some family separations may have happened under Obama, it was not nearly as widespread as it was during the Trump administration, amid a “zero tolerance” policy that led to the separations.

Neither the Obama administration nor the Trump administration had an explicit family separation policy, but the “zero tolerance” policy meant that anyone caught crossing the border illegally was to be criminally prosecuted, even if they had few or no previous convictions. Under that policy, adults were taken to court for criminal proceedings, while their children were separated from them. If the charges took longer than 72 hours to process, children would be sent from the care of Customs and Border Protection to the Health and Human Services Department.

SECRET SERVICE DIRECTOR TO STEP DOWN, ON HEELS OF NIELSEN RESIGNATION