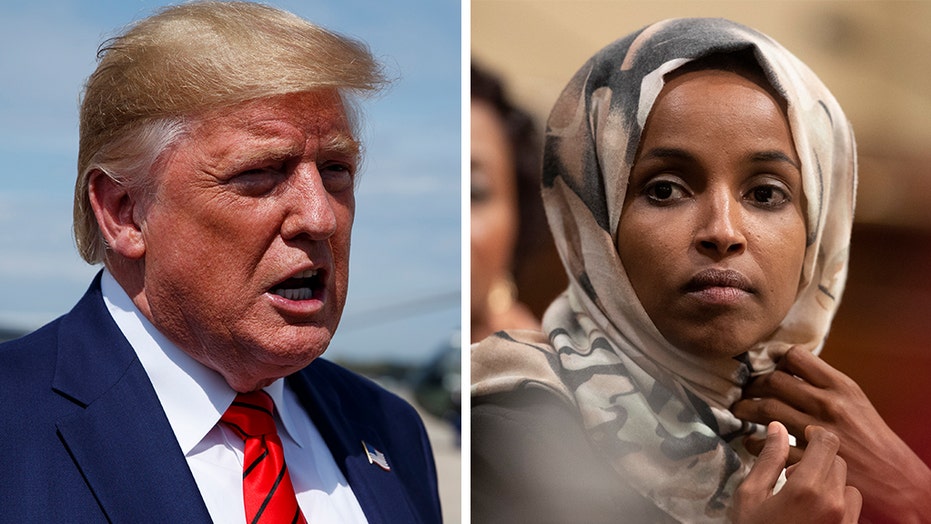 President Trump's campaign announced it will hold a rally in Minneapolis next month in an attempt to flip the historically blue state in his favor ahead of the 2020 elections, a move that would take his "Keep America Great" message to the district of one of his most vocal critics in Congress, Rep. Ilhan Omar.

The announcement of the rally, set for Oct. 10 at the Target Center in Minneapolis, signaled Trump's determination to flip the state's 10 electoral votes which no Republican has won since then-President Richard Nixon took the state in 1972.

Trump came closest in 2016, falling short by roughly 45,000 votes to Hillary Clinton. He tweeted this past July, "because of American hating anti-Semite Rep. Omar, & the fact that Minnesota is having its best economic year ever, I will win the State!"

Trump and Omar, one of the progressive Democrats in "The Squad," have been at loggerheads for months, with Trump calling Omar anti-Semitic for her critique of the U.S.-Israel alliance and her expressed support for Palestinians. She has denied being anti-Semitic.

At a July rally in North Carolina, responding to comments he made against the four congresswomen that critics deemed "racist," Trump said of the "Squad," "Let 'em leave... they're always telling us how to run it, how to do this, how to do that. You know what? If they don't love it, tell 'em to leave it." Some in the crowd chanted "send her back," much to the outrage of Democrats.

"Our beautiful state welcomes everyone with open arms," Omar, a Somali-born refugee, tweeted Thursday following the announcement of Trump's campaign stop. "But to be clear: we will continue to reject you and your campaign of lies and bigotry."

"On October 10, our entire city will not stand behind the President, but behind the communities and people who continue to make our city-- and this country-- great," Frey, a Democrat, said.

"Under ordinary circumstances, it would be an honor to welcome a sitting President of the United States to Minneapolis and to showcase all our city has to offer on the national stage. But these aren't ordinary circumstances. Since taking office President Trump's actions have been reprehensible and his rhetoric has made it clear that he does not value the perspectives or rights of Minneapolis' diverse communities."

"His message of hatred will never be welcome in Minneapolis," Frey continued. 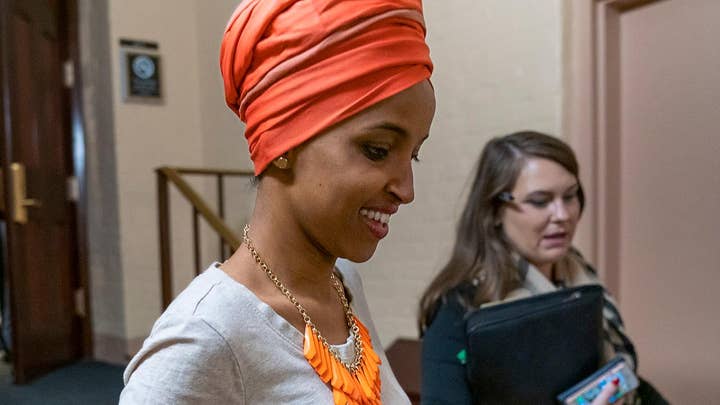 Trump has slammed Omar repeatedly saying she's blamed America for the economic crisis in Venezuela and has refused to condemn Al Qaeda.

She "smeared U.S. service members in 'Black Hawk Down.' She slandered the brave Americans trying to keep peace in Somalia," Trump said at his Fayetteville rally in July.

Omar also gained criticism from Trump for downplaying the Sept. 11, 2001 attacks on U.S. soil when she said that Muslims have garnered a negative perception because "some people did something" on 9/11. She had said the Council on American-Islamic Relations "was founded after 9/11 because they recognized that some people did something and that all of us were starting to lose access to our civil liberties." CAIR actually was founded in 1994.

Trump tweeted a video that interwove Omar's comments with footage of the Twin Towers after the attacks.