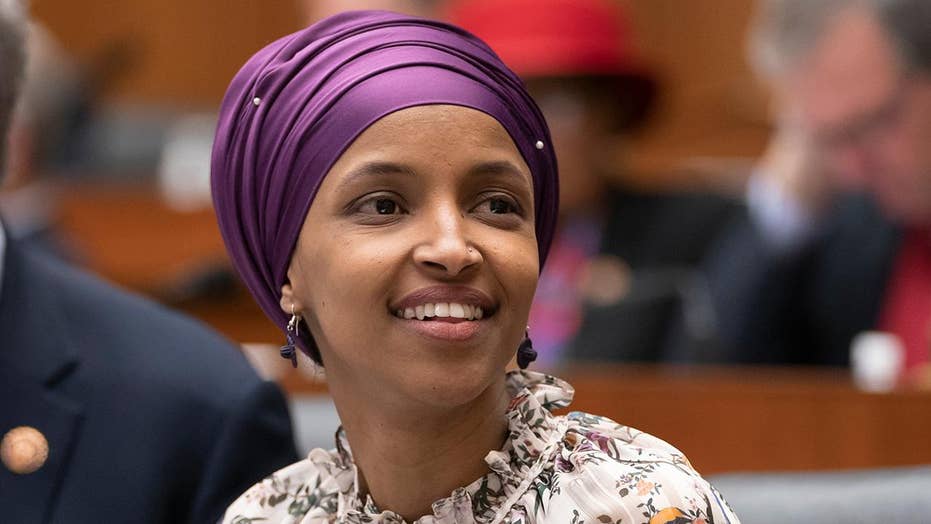 A resurfaced tweet from Rep. Ilhan Omar saw the Minnesota Democrat claim U.S. forces killed “thousands” of Somalis during the 1993 “Black Hawk Down” mission -- despite multiple analysts concluding the number was much smaller.

In the October 2017 tweet discovered by journalist John Rossomando, Omar was responding to a Twitter user who'd highlighted that more than a dozen U.S. soldiers were killed and another 73 were wounded in the Battle of Mogadishu, saying it was the “worst terrorist attack in Somalia history.”

Omar, a Somali refugee who was then a Minnesota state representative, refuted the tweet, insisting that “thousands” of Somalis were killed by American forces.

“In his selective memory, he forgets to also mention the thousands of Somalis killed by the American forces that day,” Omar tweeted.

She also included the hashtag, “NotTodaySatan.”

The number of Somali casualties in the Battle of Mogadishu is widely disputed. A representative of the Somali National Alliance estimated that only 133 militiamen were killed during a 2001 interview while “Black Hawk Down: A Story of Modern War” author Mark Bowden estimated roughly 500 Somalis were killed. As the Investigative Project on Terrorism also noted, the Rand Corporation reported that about 300 civilians were killed while others estimated nearly 1,000.

Omar’s office did not immediately respond to Fox News' request for comment.

This was just the latest controversy surrounding the freshman congresswoman. Omar was condemned by congressional colleagues on both sides of the aisle for various tweets that were considered anti-Semitic.

More recently, she took heat — including from President Trump — for a line in a speech she gave to the Council on American-Islamic Relations (CAIR). She said, in her defense of the organization, that CAIR was founded after Sept. 11, 2001, “because they recognized that some people did something and that all of us were starting to lose access to our civil liberties.” CAIR formed in 1994.

Critics said her line “some people did something” was insulting to victims of the terrorist attacks.