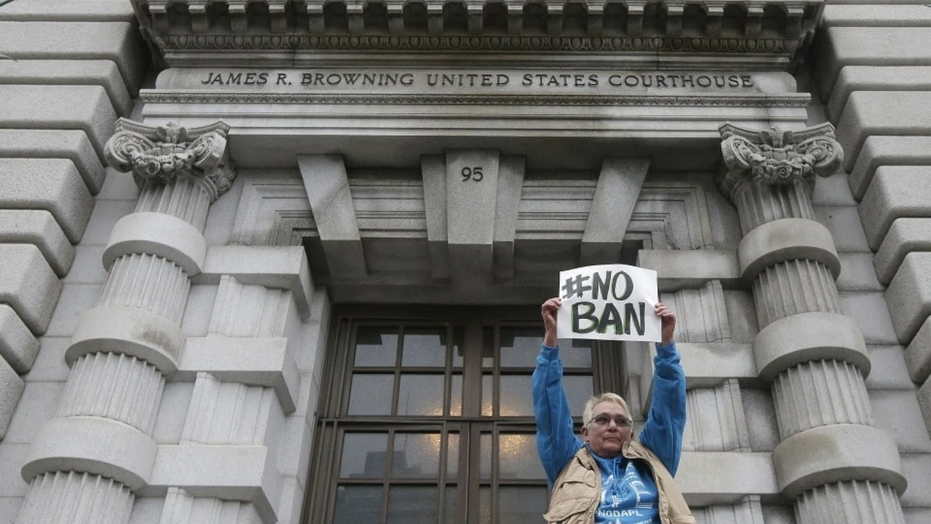 President Trump’s judicial nominees have faced unprecedented opposition from the Senate in his first two-and-a-half years in office, records show, with Democratic senators voting against potential judges in higher numbers than at any point in American history.

Trump’s nominees for the lower courts that feed cases -- and sometimes judges -- to the U.S. Supreme Court contend with far more ‘no’ votes and delay tactics than any past president’s, according to numbers compiled by the conservative Heritage Foundation. As the Senate moved last week to confirm 13 more of Trump’s district court nominees, Majority Leader Sen. Mitch McConnell, R-Ky., blasted Democrats for delaying routine appointments.

“For too long, thoroughly uncontroversial judicial nominees just like these have been held up and delayed by our Democratic colleagues,” he said on the Senate floor. “Uncontroversial district judges used to be confirmed promptly in big groups by voice vote. These days, in a kind of protest theater, our colleagues across the aisle usually insist that we hold a cloture vote and then a rollcall confirmation vote on each one.” 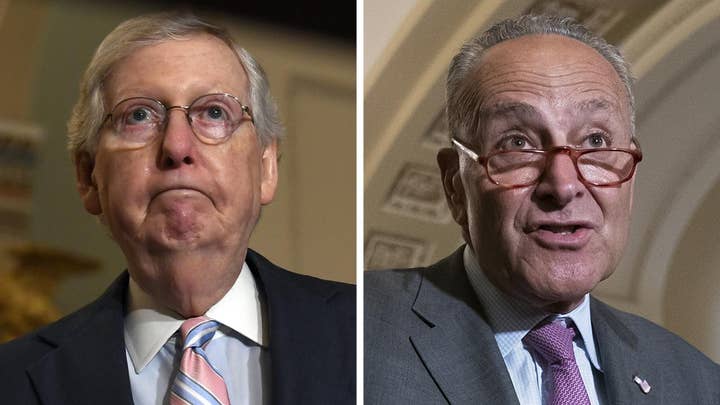 From George Washington’s presidency through Barack Obama’s, just 6 percent of judges for U.S. District Court, U.S. Circuit Court and the U.S. Supreme Court received even a single ‘no’ vote, according to the Heritage Foundation. Trump’s picks are opposed by at least one senator 71 percent of the time.

For a more recent comparison, to this point in his first term, 48.6 percent of confirmed Trump nominees for Article III courts – the federal courts mentioned above plus the U.S. Court of International Trade – were opposed by more than a quarter of voting senators. Just 2.1 percent of Obama's nominees and 2.8 percent of George W. Bush's nominees faced such close votes. On appointments to circuit courts specifically, that number jumps to 88.4 percent for Trump. It was under 12 percent for both Bush and Obama.

Cloture votes, which force the Senate to vote on whether to close debate before an actual confirmation vote, have also skyrocketed under Trump. The Senate has held cloture votes for 97 of the president’s nominees after not holding more than three by this time in the first term of his five immediate predecessors.

Despite this, Trump has nevertheless been successful installing judges on the circuit courts, filling 43 vacancies during his time in the White House – 17 more than any of his five most recent predecessors. His total of 146 judges confirmed to Article III courts at this point in his term is only topped among that group by Bill Clinton, who appointed 154 judges in just over two-and-a-half years.

Trump benefits from the Senate having stayed in Republican hands, even as Democrats led by Sen. Chuck Schumer oppose many of his picks.

Heritage Foundation Senior Legal Fellow Tom Jipping argued that Trump’s nominees are just as well-qualified as past presidents’ and that what Democrats are doing is a stark break from Senate norms.

“The only explanation is that they are using Trump’s nominees as proxies for Trump,” he said. “They have converted the confirmation process into a front in their war against the president. For all practical purposes, they’re not even considering the qualifications of the nominees.”

“This is a tactical, a strategic decision that they are going to use this process to fight the president, and that’s never been done before,” he added.

But Kristine Lucius, executive vice president of the liberal Leadership Conference on Civil and Human Rights, said in a statement to Fox News that Democrats have good reason to stall the confirmation of Trump-nominated judges.

"What we have seen in the past two years is instead an appalling uptick in judicial nominees who are biased and have demonstrated hostility against civil rights protections," she said. "These controversial nominees are being opposed because they will not commit to uphold legal precedent and principles that protect and recognize our civil and human rights."

"Trump and McConnell are accomplishing through the courts what they cannot do legislatively," she said.

'This is a tactical, a strategic decision that they are going to use this process to fight the president, and that’s never been done before.'

2020 SWEEPSTAKES: DEM CANDIDATES COMPETE TO GIVE AWAY BILLIONS IN TAXPAYER $$

Seventh Circuit Court of Appeals Judge Amy Coney Barrett was one of Trump's picks who faced an especially contentious confirmation battle. She was criticized for her Catholic faith and ties to a Christian group at a hearing in September 2017.

“The dogma lives loudly within you, and that’s of concern,” Sen. Dianne Feinstein, D-Calif., told Barrett before she was eventually confirmed 55-43.

Howard Nielson Jr., who was confirmed on a 51-47 vote to the District Court of Utah, faced resistance from Democrats who cited his past advocacy against same-sex marriage and work for the Bush administration.

“Mr. Nielson’s record reveals a background beyond that of an attorney just representing his clients,” Sen. Kamala Harris, D-Calif., said. “Instead his actions raise serious concerns about whether he would be able to set aside his personal views to adjudicate cases in a fair and impartial manner.”

Some Democrats chasing the 2020 presidential nomination have been especially averse to Trump’s nominees, as Fox News previously has reported. In the first six months of 2019, Sens. Bernie Sanders, I-Vt., Kirsten Gillibrand, D-N.Y., and Elizabeth Warren, D-Mass., didn't vote for any of Trump’s judicial picks. This is after the three senators approved just under half of the president’s nominees in the two years prior, according to Politico.

Senate Democrats have also taken issue with Republicans’ abandonment of 'blue slips' – the tradition that senators from a judge’s home state approve of the nominee – as multiple Trump picks were confirmed to the traditionally liberal Ninth Circuit over the objections of both California senators.