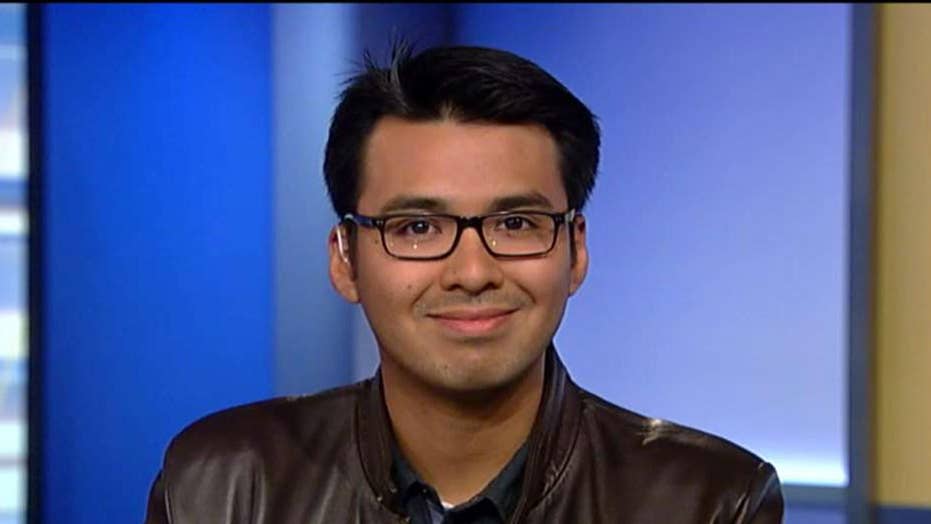 Former Antifa activist Gabriel Nadales on the growing violence of Antifa on 'The Ingraham Angle.'

President Donald Trump said Saturday that he is considering declaring the far-left Antifa activist group a terrorist organization, equating it with the MS-13 street gang amid reports of members physically attacking conservative demonstrators and journalists at rallies across the country.

"Consideration is being given to declaring ANTIFA, the gutless Radical Left Wack Jobs who go around hitting (only non-fighters) people over the heads with baseball bats, a major Organization of Terror (along with MS-13 & others). Would make it easier for police to do their job!" Trump tweeted.

“Antifa are terrorists, violent masked bullies who ‘fight fascism’ with actual fascism, protected by Liberal privilege,” Cassidy said in a statement. “Bullies get their way until someone says no. Elected officials must have courage, not cowardice, to prevent terror.”

At a Senate hearing last week, Cruz asked FBI Director Christopher Wray if he could investigate Antifa under the Racketeer Influenced and Corrupt Organizations (RICO) Act. Wray responded that the bureau recognizes Antifa as more of an ideology than an organization.

He added the FBI takes seriously any violence on committed on behalf of ideology.

"We have a quite a number though, I should tell you, of properly predicated investigations of what we categorize as anarchist extremists," Wray told Cruz. "People who are trying to commit violent criminal activity that violates federal criminal law and some of those people do subscribe as what we would refer to as a kind of an antifa-like ideology,"

Antifa members have drawn criticism for their confrontational style and acts of violence against demonstrators with opposing viewpoints in otherwise non-violent rallies. The group clashed with white supremacists in Charlottesville, Va., in 2017 and have gone on the offensive against far-right protesters in various cities. 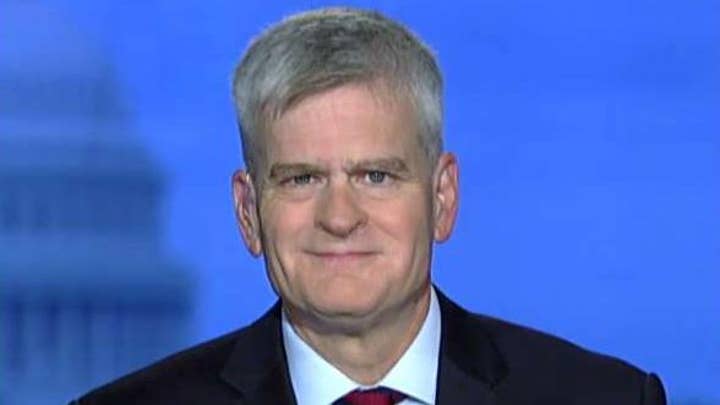 Some mask-wearing members have been accused of throwing eggs, bottles and other items at people and beating and threatening counter-protesters and members of the media.

Trump has labeled them the "alt-left" and accused the group of attacking people who won't or can't fight back.

“Do you ever notice they [Antifa] pick on certain people?” Trump asked while speaking at a White House event for conservative social media personalities earlier this month where he recalled a violent attack on journalist Andy Ngo at a Portland, Ore., rally. “I mean, he [Mr. Ngo] would tell you he’s not the toughest person in the world physically, right?”

A 69-year-old man killed during his attack on a local Immigration and Customs Enforcement (ICE) facility last week claimed to be an Antifa member.

"I am Antifa," he wrote in a manifesto the day before the attack.

Some critics say labeling certain groups as domestic terrorists is a step too far.

“It is dangerous and overly broad to use labels that are disconnected [from] actual individual conduct,” Hina Shamsi, director of the national security project at the American Civil Liberties Union, told The Washington Post last week. “And as we’ve seen how ‘terrorism’ has been used already in this country, any such scheme raises significant due process, equal protection and First Amendment constitutional concerns.”