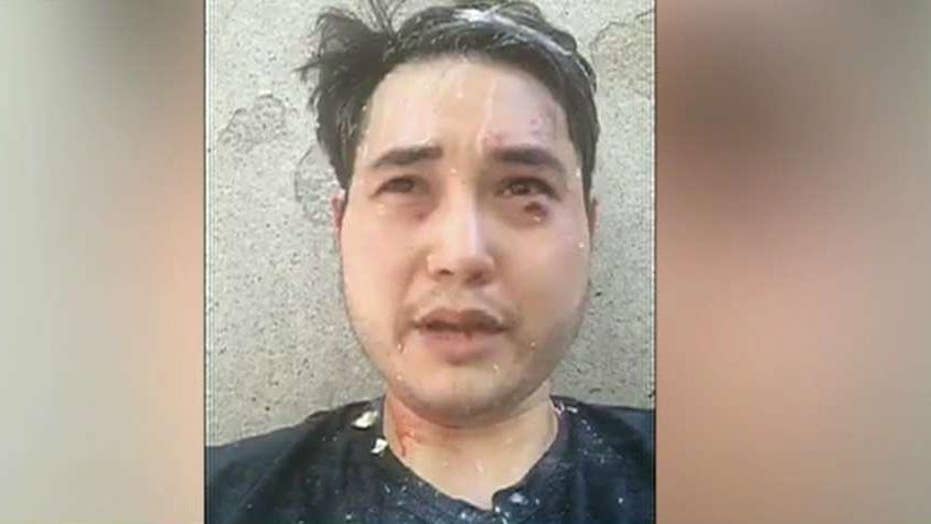 Portland Mayor Ted Wheeler should be investigated by federal law enforcement officials following his handling of the protests in his city this weekend that saw a conservative writer purportedly attacked by members of Antifa, Sen. Ted Cruz said.

The comments from the Texas Republican come as a video is circulating on the internet purportedly showing editor Andy Ngo being pelted with eggs, milkshakes and other objects on Saturday in Oregon’s largest city. At least three people were arrested and several others were reported injured there throughout the day during a series of demonstrations, as members of Antifa and other leftist groups clashed with members of the far-right Proud Boys and conservatives, police said.

“To federal law enforcement: investigate & bring legal action against a Mayor who has, for political reasons, ordered his police officers to let citizens be attacked by domestic terrorists,” Cruz tweeted alongside a story recapping the incident surrounding Ngo.

Richard Grenell, a current U.S. Ambassador to Germany and Fox News contributor, tweeted that he has asked the Justice Department to “investigate the incident in Portland."

“I can’t just sit by and watch my friend be brutally attacked,” he added.

Peter Boghossian, a professor at Portland State University, said in a tweet that it is “past time” to “impeach” Wheeler.

The mayor’s office did not respond to a request for comment from Fox News at the time of publication of this article.

Ngo, who works for the website Quillette, has posted a photo of himself from a hospital, with bruises, cuts, and scratches on his face.

This weekend's incident is not the first time that Antifa members have gotten violent while Portland police looked on. In October 2018, videos circulated online purportedly showing some members of the group verbally harassing drivers and passersby - including a woman in a wheelchair - while officers stand nearby, appearing not to intervene.

After that incident, Ngo told Fox News' "Tucker Carlson Tonight" that police in Portland seem to take a hands-off approach to protestors in the city. At the time, a Portland police spokesman told a local news outlet that officers monitored the protest however there was no intervention because police weigh "the ability for people to gather to practice their First Amendment rights to freedom of speech and assembly."

Last August, Paul Welch, a registered Democrat who supported Bernie Sanders, told local newspapers that he was brutally assaulted by Antifa members who were protesting a right-wing rally because he possessed a "fascist symbol" - an American flag.